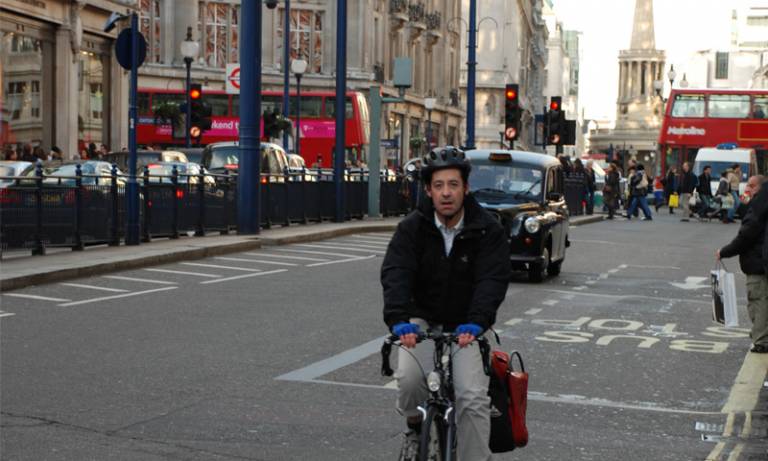 If we look onto the recent discussion about transport we perceive that it is dominated by technological expectance. There is Elon Musk who is producing a car driven by electricity that is accelerating faster than a Porsche of 2010 and says that this is sustainable, there is the vision of fossil-fuel free cars, driverless cars and public transport vehicles that are totally automatic and have no official personnel on board.

Will these effects be more important than “classical” urban planning? Will public transport in its existing structures become obsolete? These will be the questions and topics Helmut Holzapfel will be talking about and that we will discuss.

Helmut Holzapfel studied civil engineering, first working in leading positions from 1980–1993 as a transport scientist in research groups and later as an official at the Transport Ministry of North Rhine Westphalia. Since 1993 he has been a professor at the faculty of Architecture, Urban and Landscape Planning at the University of Kassel, and since 2009 has led the research project “Sintropher” in close collaboration with Sir Peter Hall. Urbanism and Transport was first published in German as Urbanismus und Verkehr and went on to become a bestselling book on urban and transport planning. He is a member of the Advisory Board for Integrity and Corporate Responsibility of the Daimler AG, Stuttgart. Since 2016 Helmut Holzapfel is teaching at the university of Dortmund he is leading the Centre of Mobility Culture in Kassel.