In collaboration with Heritage Malta, an international team of heritage students from UCL Institute for Sustainable Heritage have been studying the site, ahead of the plans to eventually open the building and garden to the public. A group of 22 Sustainable Heritage MSc students travelled to Malta to study the historic site at Villa Guardamangia, in Pietà, Malta.

They have been surveying and reporting on the value and condition of the Grade II Villa, as part of the MSc. The study was developed in collaboration with Heritage Malta, and includes reporting on the viability of the planned restoration and cultural facilities.

The former residence of the then Princess Elizabeth and her husband Prince Philip, who lived there between 1949 and 1951, is a symbol of the close relationship between Malta and the UK.

The Government of Malta has recently purchased the Villa because it is viewed as cultural heritage of national and international importance. While the Villa had fallen into disrepair in recent years, Heritage Malta has confirmed its intentions to restore it and make it accessible to the public, since it has the potential of becoming a popular attraction, especially for enthusiasts of the Royal Family. In addition to the museum, the first floor is planned to feature historic reconstructions of the rooms as they were used by the royal couple.

Our students’ research includes reporting on the building condition, estimating changes needed to adapt the Villa for future use, advising on making it energy efficient and exploring how best to communicate the significance of the site to future visitors.

“It has been fascinating to explore the multi-layered values of Villa Guardamangia. The data collecting experience on-site to perform the building condition assessment in a different context than London was truly enriching. The wealth of knowledge gained from professionals in the field and Heritage Malta experts about limestone construction and weathering in Malta’s climate, added another valuable facet to the learning experience in the Sustainable Heritage MSc.

“It is an amazing learning opportunity for me because I learn a lot not only the skills but also an opportunity to see what other country doing heritage conservation and study. This experience is unforgettable! 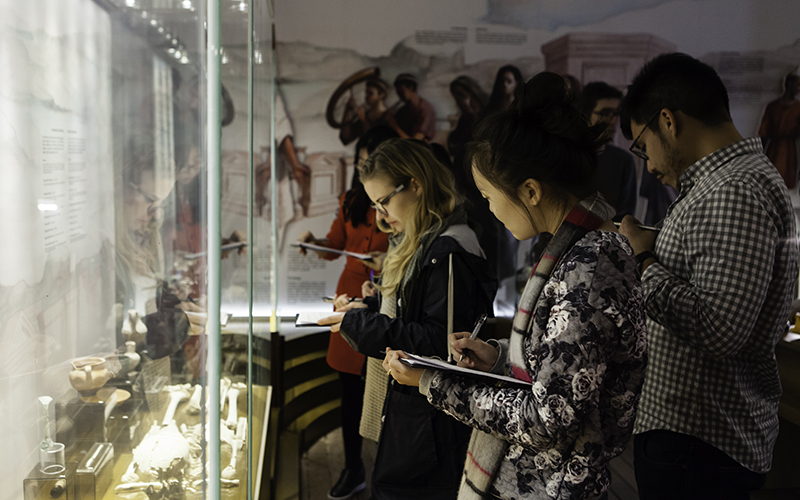 The Sustainable Heritage MSc introduces students to the latest conservation policies, projects, methodologies and practices in the context of historic buildings, sites, landscapes and collections.