Professor May Cassar awarded honorary CBE for services to heritage

Professor May Cassar, Director of UCL Institute for Sustainable Heritage in the Bartlett, has been awarded an honorary CBE for services to heritage. 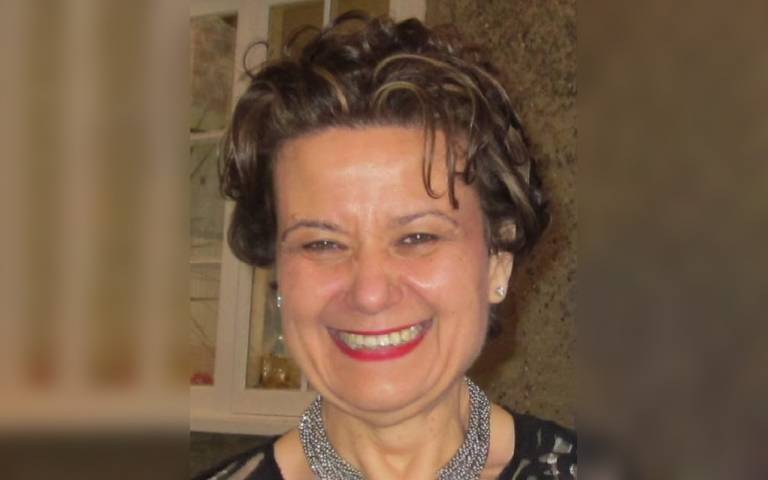 Commenting on her honour, May said:

“I am naturally very pleased to have been awarded this honour both personally and for the recognition it gives to the key role of heritage. I am also grateful for the support I have had from so many Bartlett and UCL colleagues, and external partners over the years.”

Professor Raimund Bleischwitz, Director of the Bartlett School of Environment, Energy and Resources, the School to which UCL Institute for Sustainable Heritage belongs said:

“This recognition is well-deserved. For a number of years May Cassar has been shifting paradigms in heritage as an academic domain; under her leadership the UCL Institute for Sustainable Heritage continues to push frontiers across the sector, and actively address the global challenge of climate change.”

Professor May Cassar CBE established the UCL Institute for Sustainable Heritage in 2001 and has been its Director for 20 years. The Institute is cross-disciplinary bringing together arts, humanities, social and heritage sciences to research and teach sustainable solutions to real-world cultural heritage problems and to engage cultural heritage and sustainable development, social and environmental sustainability. Home to three innovative heritage Masters, a thriving PhD programme and the SEAHA Centre for Doctoral Training, the Institute has educated a stream of future heritage leaders, now shaping the heritage agenda among cultural organisations both in the UK and overseas.

The Institute’s cross-disciplinary credentials build on Professor Cassar’s early career in public policy as the Environmental Adviser to the UK’s Museums & Galleries Commission. Her Routledge book, Environmental Management: Guidelines for Museums and Gallerieswhich is still in print highlights the responsibility of cultural institutions for environmental sustainability. Professor Cassar’s long-standing area of research interest is preventive conservation with a particular focus on the impact of climate change on cultural heritage. At UCL, Professor Cassar pioneered this research area, undertaking a scoping study on climate change and the historic environment for English Heritage, the first study of its kind to evidence the concerns and observations of heritage site managers on the impact of climate change on historic buildings, collections and sites. This was a precursor to the EU Noah’s Ark project which won the Europa Nostra Grand Prix for Research in 2009. Professor Cassar continues to be a leading influencer in the field, recently speaking at the G20 Culture Ministerial on cultural heritage’s role in addressing climate crisis.

Professor Cassar has worked on climate change and cultural heritage with the UNESCO World Heritage Centre and is currently a member of the UNESC0-ICOMOS-IPCC Scientific Steering Committee on Culture, Heritage and Climate Change and the EU JPI Cultural Heritage and Global Change Science and Advisory Board. As the Director of the EPSRC Centre for Doctoral Training in Science and Engineering in Arts, Heritage and Archaeology, a multi-million pound UK Government investment to educate to doctoral level the next generation of heritage scientist (2014-2022), as the Director of the AHRC/EPSRC’s Science and Heritage Programme (2007-2014) and as Special Adviser to the House of Lords Science and Technology Committee Inquiry on Science and Heritage (2005-2006), Professor Cassar has led the resurgence of heritage science research activity in the UK over the last two decades for which she has been recognised by the Royal Warrant Holders’ Association with the award of the Plowden Gold Medal in 2012. Professor Cassar was until December 2015, founding Chairman of the UK National Heritage Science Forum and a Trustee until 2020.  Professor Cassar now sits on its Members Council and co-convenes its Research Working Group. She has had a number of advisory roles in the UK’s Department for Culture, Media and Sport: currently Science Advisory Council member and Culture and Heritage Capital Advisory Board member, and formerly Challenge Panel team member reviewing the Heritage Lottery Fund and Historic England.

At an international level, Professor Cassar is national co-ordinator of the UK node of the European Research Infrastructure for Heritage Science and a member of the Committee of Nodes of IPERION HS. She has worked on projects with the UNESCO World Heritage Centre, ICCROM, European Parliament, European Commission and National Governments to develop strategic approaches to the preservation of cultural heritage.