Prof May Cassar spoke on BBC News London, and has been quoted in an online article, on the risk climate change poses to Highgate cemetery and other London heritage sites. 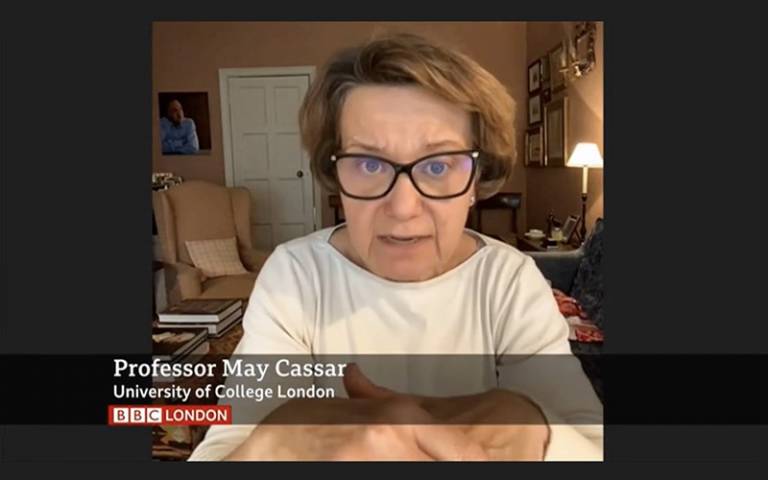 How can we future-proof heritage sites to protect against climate change?

In an article by the BBC’s Tom Edwards, ISH Director Prof May Cassar explains the particular problem of London: many of its heritage sites and buildings of interest are along the banks of the Thames.

“When you think of London we’re very lucky to have these world heritage sites: you have the Palace of Westminster, which is currently undergoing restoration, we have the church of St Margaret’s, Westminster Abbey, and then if we move east we have Tower of London and then we have the marvelous cluster of buildings at Greenwich.”

What all of these have in common? They are all on the banks of the Thames. And while the Thames barrier protects from rising sea levels and storm surges, Prof May Cassar explained there may be a time limit on its protection:

“The Thames is a blessing to London but in climate change terms it can also be a threat. We are protected in the city of London to a very high standard by the Thames barrier but that was built in the 1970s. It should provide a very high standard of protection up until 2030 – so we do have an unwelcome flood risk for the future.”

Prof May Cassar also spoke about responsibilty of heritage organisations in this matter:

“The evidence is there, we have to take it seriously and we would be irresponsible heritage guardians if we do not, and I don’t know one heritage organisation that is not taking this seriously.”

Watch the segment on BBC News: