How heritage science is addressing the gender balance 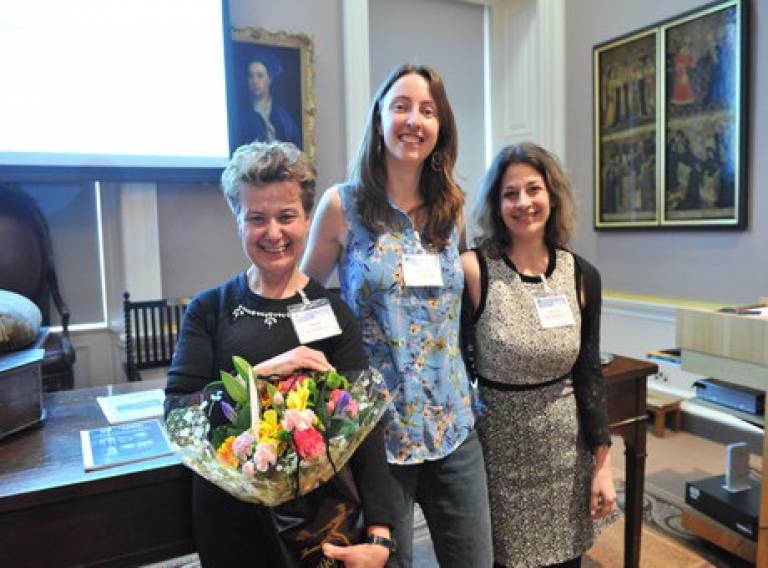 International Women’s Day is 8th March and UCL ISH is celebrating its uncommonly high percentage of women in science by reflecting on why gender balance is so important. UCL ISH are championing women in science with a higher proportion of female to male staff, students and full-time employees as well as a female Director, Professor May Cassar. UCL ISH will be using the Twitter hashtag #IWD2016 to upload quotes from our female staff and students, and to link through to blog posts from inspirational women in science.

A general look at official employment statistics reveals that, in 2015, women made up:

14% of the STEM workforce (Science, Technology, Engineering and Mathematics)

9% of the Engineering workforce

At the same time, 45% of established researchers who led interdisciplinary research projects, networks and development grants were also women.

At UCL ISH, an impressive 88% of MSc students are female, and 68% of CDT SEAHA students are women. These are very positive statistics, given that only 1 in 5 female graduates has a degree in business and finance, sciences or engineering, despite almost half of graduate degrees being in these subjects.

We would like to take this opportunity to celebrate the women we have at UCL ISH and commend the high numbers of women we have, both working and studying within the Institute. An impressive 58% of staff within UCL ISH are women, and more female members are full-time than male. Of the UCL ISH staff members, 60% of academic staff are female, which includes Director, Professor May Cassar, one of only two female Institute Directors within the Bartlett.