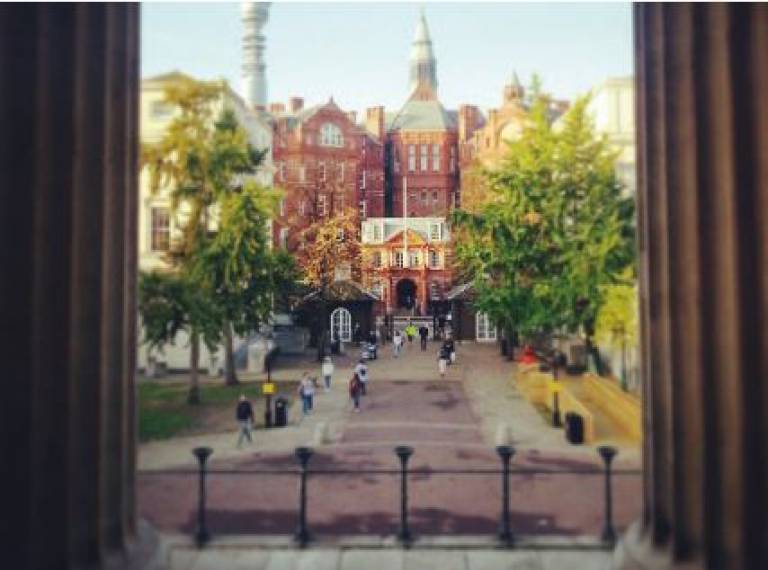 It gives us great pleasure to announce that The Provost, Professor Michael Arthur has appointed Professor Heather Viles, University of Oxford and Professor David Arnold, University of Brighton as Honorary Professors of UCL and Dr Christopher Young and Dr Jan Wouters as Visiting Professors, at the UCL Institute for Sustainable Heritage with effect from September 2015

Biographies of the honorands:

Heather Viles is Professor of Biogeomorphology and Heritage Conservation and a Fellow of Worcester College. She is currently Head of the School of Geography and the Environment, University of Oxford. Heather has been a Vice-President of the Royal Geographical Society (with IBG) and Chair of the British Society for Geomorphology, and is currently on the executive committee of the International Association of Geomorphologists. She was awarded the 2015 Ralph Alger Bagnold medal by the European Geosciences Union for her contributions to geomorphological science.

Professor David Arnold was educated at Gonville and Caius College and submitted his PhD, 'A Computer Model of Housing Layout,' to the Department of Architecture at the University of Cambridge in 1978. Arnold was a senior programmer for RNEC, Manadon, Plymouth (HMS Thunderer), and Scientific Assistant at the Royal Aircraft Establishment, Thurleigh, Bedford. Later he was Research Assistant at the Centre for Land Use and Built Form Studies at the University of Cambrdge, before lecturing in Computing Science at the University of East Anglia, Norwich, where he was promoted to full Professor in 1989.

In 2002 he was Professor of Computing Science and Dean of the Faculty of Management and Information Sciences at the University of Brighton. He has since moved from the Deanship of the Faculty in 2010 is currently Director of Research Initiatives and Dean of the Brighton Doctoral College. David is also head of the Cultural Informatics Research Group.

Dr Christopher Young is an archaeologist who has specialised in heritage management.  He provides advice on management of the historic environment, particularly related to the World Heritage Convention. Over the years, Dr Young has advised on many World Heritage property nominations and management plans as well as on management issues at various properties both in the UK and abroad.

Dr Young was previously Head of International Advice at English Heritage and was in post from 1999 – June 2014. Dr Young has also worked with the UNESCO World Heritage Centre on policy issues and reports and with ICCROM and ICOMOS on matters related to World Heritage. Dr Young is now an independent heritage consultant at Christopher Young Heritage Consultancy.

Dr Jan Wouters gained his PhD from the University of Gent, Belgium, in 1978 (chemistry, biochemistry). From 1982, he joined the research laboratory of the Royal Institute for Cultural Heritage (KIK/IRPA) in Belgium. In 1996 he was appointed head of the Laboratory for Materials and Techniques at that institute. He was involved in research on the manufacturing technology, degradation and conservation of objects and materials of  the cultural patrimony in Belgium and abroad. He was his Institute’s scientific leader of research contracts, executed within the framework of European RTD projects. In 2008 he chose early retirement and became a free-lance consultant in heritage related matters.

His major achievements and research interests include work on objects such as textile, paper, parchment, leather and paint, and materials such as natural and synthetic organic dyes and pigments, proteins, amino acids and tannins. He is particularly interested in the development of micro-destructive approaches for materials analysis and in the extent to which research results produced within the heritage field are representative and reproducible.

He is an active member of the Conservation Committee of the International Council of Museums (ICOM-CC) since 1990. From 2002 through 2008 he was a member of the Directory Board of that Committee and, from 2005 through 2008 he was the President of that Board. He is a visiting Professor at the Staatliche Akademie der bildenden Künste, Stuttgart, Germany, and at the University of Amsterdam, Amsterdam, The Netherlands.

He is a member of the Advisory Committee of Metamorfoze, the Royal Library, The Hague, The Netherlands. From 2006 through 2010 he was a consultant at the Getty Conservation Institute, Los Angeles, USA, performing research on ancient Asian Organic Colorants. He is a co-editor of e-Preservation Science. He is author or co-author of some 180 contributions published in journals, congress proceedings and book chapters.