Pride of Place: Recognising Queer Heritage in Buildings and Places 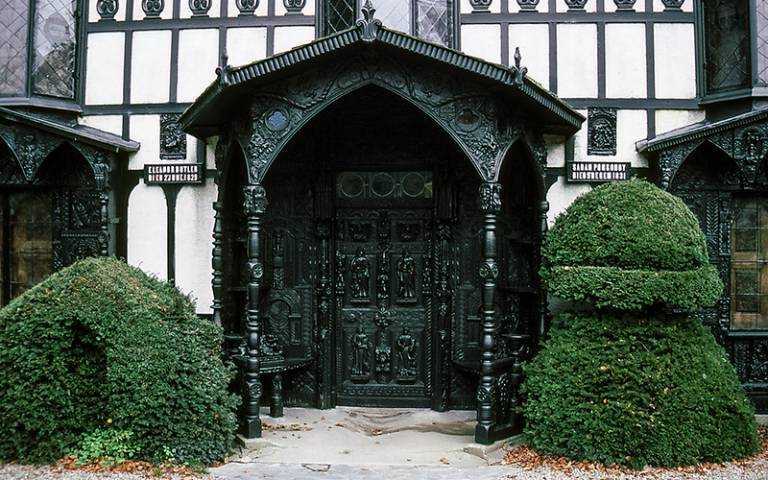 Join us for an ISH Guest Lecture with Alison Oram, Senior Research Fellow at the Institute of Historical Research, University of London and Professor Emerita at Leeds Beckett University.

In the past five years or so, queer heritage has become increasingly visible in Britain through the work of organisations such as Historic England and the National Trust. Particular buildings and places have had their LGBTQ (lesbian, gay, bisexual, trans and queer) histories rescued and highlighted as an important part of the story, not only of that place but also of our wider national heritage.

Drawing on the queer heritage projects that I have led or contributed to, this talk will focus on the materiality of places and buildings – their histories and use – to show how same-sex intimacies and gender diversity in the past have been layered into the buildings and streets that we continue to inhabit and visit today. I shall discuss the different routes through which we might decide that somewhere is a site of LGBTQ heritage - because of its association with queer people in the past and their activities, or because its structures are expressive of queer desires, in its architecture or interior styling, perhaps.

There are various ways in which our queer heritage might be recovered, recognised and promoted, from official processes of listing, to the bottom-up practice of crowd-sourced mapping. LGBTQ people themselves have also intervened in and added to various sites over time, to draw attention to their queer histories. I shall focus on some established historic sites, such as Plas Newydd (Llangollen), Strawberry Hill House (London), and Smallhythe (Kent), as well as on others that are less well-known, including the modernist St Ann’s Court, built for a wealthy male couple on the outskirts of London in the 1930s.

This virtual lecture will consist of a 45 minute presentation from Alison Oram, followed by a 15 minute Q&A chaired by Josep Grau-Bove, ISH Associate Professor.

Alison Oram is a Senior Research Fellow at the Institute of Historical Research, University of London and Professor Emerita at Leeds Beckett University. She has published widely on 20th century queer British history and on the representation of LGBTQ histories in heritage, especially historic houses. She led “Pride of Place: England’s LGBTQ Heritage” for Historic England in 2015-16. She was also co-investigator on Queer Beyond London, a project examining LGBTQ life beyond the capital between 1965 and 2015. Her next book is Queer Beyond London (MUP: 2022), with Matt Cook.

This event is part of ISH Academy. Join to get invitations to our events, courses and engagement opportunities delivered straight to your inbox