The world’s rapidly growing fleet of ships that can run on liquefied natural gas (LNG), are at risk of financial losses of $850bn by 2030, finds a new study by UCL Energy Institute researchers. 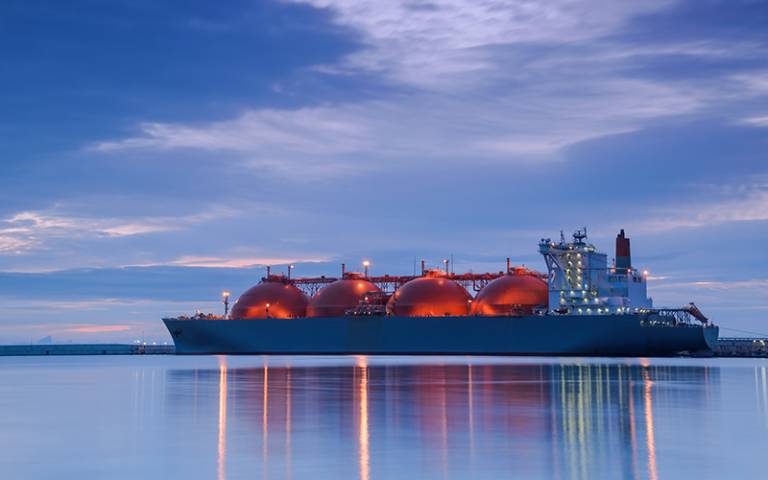 The study, released at the Marine Money conference taking place during New York Climate Week, found that, if policies that incentivise shipping to decarbonise in line with the Paris Agreement were in place by the end of the decade, the LNG-capable fleet would compete against zero emissions shipping, whilst also being incentivised to switch away from the use of fossil fuel.

Whilst policy and competition would affect all ships built to use fossil fuels, the analysis suggests that more expensive LNG-capable assets (also known as LNG dual-fuel) would see reductions in their value to match the value of similar aged but lower cost conventional vessels designed to use fuel oil.

The report found that the write-down of the full $850bn value at risk would not be not realised if LNG-capable vessels were retrofitted to run on scalable zero emission fuels (hydrogen and hydrogen-derived fuels such as ammonia). Under these circumstances, the potential loss is estimated at approximately 15-25% of their value (£113bn-£185bn if the LNG-capable fleet grows strongly this decade).

LNG has been portrayed as transitional fuel for the shipping sector, but there is growing scientific evidence that shows the environmental benefits are limited, if not negative, compared to LSHFO (Low Sulphur Heavy Fuel Oil), when considering a full lifecycle analysis of emissions and accounting for greenhouse gases (GHG) emissions. The least-cost pathway for shipping to meet its required shift away from fossil fuels is to a mix of electrification in short-sea shipping, and use of scalable hydrogen and hydrogen-derived fuels such as ammonia and methanol for deep-sea shipping.

“This report is a first attempt to extend the research on stranded power generation assets and unburnable fossil fuel reserves to the shipping sector. The findings highlight that the risk of stranded assets is also very material in the shipping sector.  The longer we leave the LNG transition running and then switch, the more painful it will be and technology lock-in during this crucial decade will create more resistance to change later.”

The report shows a boom in the ordering of LNG vessels over recent years, with 65% of the newbuilding deliveries by 2025 being capable of running on LNG as a marine fuel, up from only 10% a couple of years ago. Yet, the size of the LNG-capable fleet (by deadweight tonnagecargo carrying capacity and number of ships) is currently small, therefore there is still time to anticipate regulatory and technology developments and manage exposure to a class of assets that may be particularly exposed to stranded value risk (that is, their economic return may not last as long as expected).

Public funding has played a major role in financing LNG vessels through various government run schemes, directives and export credit agencies, such as the NOx Fund in Norway, the European Union’s directive on the deployment of alternative fuels infrastructure, the European Investment Bank and the Japanese and Korean Export Credit Agencies.

“As this decade proceeds, we will continue to experience more and more severe impacts from climate change. This will further grow pressure both in markets and policy negotiations to align assets to a rapid shift to zero emissions. Anticipating this pressure is straightforward, and whilst the best solutions for zero emissions international shipping are still emerging, it is already clear that LNG-capable shipping is not well positioned and faces a higher risk of stranded value during the transition.”

The study argues that governments should not use public funding to exacerbate the creation of stranded value and identifies methods that investors can use to identify the risks posed by climate change on shipping assets.

Shipowners and financiers should consider not ordering LNG-capable ships and investing in conventionally fuelled ships which are designed for retrofit to zero-emission fuels. For existing LNG-capable ships, investors should consider ways to manage the risk of stranded value – e.g. factoring in the cost of retrofit (or other actions to remain compliant) at the point of newbuild or using a steeper than linear depreciation curve.

For policy makers the report asks for urgency and clarity of future regulations, especially around when and how methane emissions will be considered, to help investors in both existing ships and newbuilds consider and anticipate the potential impact of regulation.

The report will be launched during the NewYork Climate Week at the Marine Money virtual conference on 20th Sept 10AM ET. Register for the webinar.