New research by UMAS and UCL-Energy researchers for the World Bank finds major opportunities in decarbonising maritime transport, launching at event on 23rd April 7am ET during a virtual high-level event during Singapore Maritime Week 2021 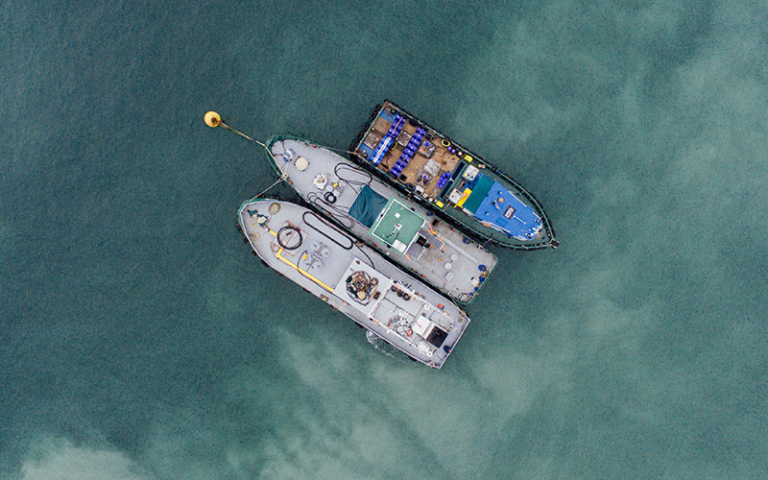 The research finds ammonia and hydrogen as the most promising zero-carbon fuels for shipping at present, more scalable and cost-competitive than other biofuel or synthetic carbon-based options. In another report, liquefied natural gas (LNG) is found to have a limited role in the decarbonization of the shipping sector.

The World Bank today published new research on decarbonizing the maritime transport sector with findings that indicate significant business and development opportunities for countries, including for developing and emerging economies. The shipping sector commercial advisory service UMAS, a partnership between UCL Energy Institute and UMAS International Ltd, completed research for the report.

The report found that to lower and ultimately eliminate its climate impact, maritime transport needs to abandon the use of fossil-based bunker fuels and turn toward ‘zero-carbon bunker fuels’, namely shipping fuels which emit zero or at most very low greenhouse (GHG) emissions across their lifecycles. The first report being launched today, “The Potential of Zero-Carbon Bunker Fuels in Developing Countries”, identifies two alternative fuels – ammonia and hydrogen – as the most promising zero-carbon bunker fuels for shipping at present, more scalable and cost-competitive than other biofuel or synthetic carbon-based options.

The second report, “Role of LNG in the Transition Toward Low- and Zero-Carbon Shipping”, finds that liquefied natural gas (LNG) is likely to play a limited role in the decarbonization of the shipping sector, noting its specific niche applications on pre-existing routes or in specific vessel types. The research further recommends that countries should avoid new public policy that supports LNG as a bunker fuel, reconsider existing policy support, and continue to regulate methane emissions.

By transitioning toward zero-carbon shipping, many countries, especially those with large renewable energy resources, can break into a future zero-carbon fuel market, while modernizing their own domestic energy and industrial infrastructure. The reports evaluate which developing and developed countries may be well positioned to take advantage of this emerging investment opportunity, and present initial case studies for Brazil, India, Malaysia, and Mauritius.

“The maritime community, particularly in developing countries, has a unique opportunity in the context of these emerging zero-carbon bunker fuels. Not only will they help decarbonize shipping, but they can also be used to boost domestic infrastructure needs and chart a course for low-carbon development more generally.”

The global maritime transport sector produces around three percent of global GHG emissions and an estimated 15 percent of the world’s air pollution annually. The International Maritime Organization’s (IMO) Initial Strategy on the Reduction of GHG Emissions from Ships mandates that shipping’s GHG emissions be reduced by at least 50% below 2008 levels by 2050, and to be fully phased out as quickly as possible within this century.

The research makes the case that strategic policy interventions are needed to hasten the sector’s energy transition and seize opportunities for wider economic, energy, and industrial development in developing countries. For instance, the introduction of a meaningful carbon price would create a level playing field for the development and utilization of zero-carbon bunker fuels. Revenue generated by such a market-based measure can help support developing countries in their energy transitions and accelerate crucial research, development, and deployment of these fuels. Business should also focus on “no-regret” options, such as increased energy efficiency and maximum fuel flexibility. Constructive cooperation between industry stakeholders and policymakers, both at the IMO and on a national/regional level, can also create greater certainty on the availability, pricing, and timing of zero-carbon bunker fuels which can further boost their rapid uptake from 2030.

You can view the reports online here:

Accompanied by a “Summary for Policymakers and Industry”, the reports will be launched in a virtual high-level event during Singapore Maritime Week 2021. This 90 minutes’ launch event will discuss the key findings of the reports from a development perspective. It will also highlight current country ambitions and industry initiatives aimed at building up a zero-carbon bunker fuel supply chain based on green ammonia and green hydrogen.

After opening remarks by Nigel Topping, High-Level Climate Action Champion COP26, the authors will present the key conclusions of the research. This presentation will be followed by two panels featuring speakers like Isabelle Durant, Acting Secretary-General UNCTAD, and Aziz Rabbah, Minister of Energy Morocco. While the first panel will discuss the potential of developing countries for a wider energy transition enabled by zero-carbon shipping, the second panel will identify risks and opportunities of shipping’s energy transition from an industry perspective. At the end, the speakers will answer questions from the live chat before the event finishes with forward-looking closing remarks.