The Lancet Countdown 2020 reports that all countries will see the impacts of climate change on health and a joined-up response with the COVID-19 pandemic can deliver not only better public health but a sustainable economy and environmental protection. 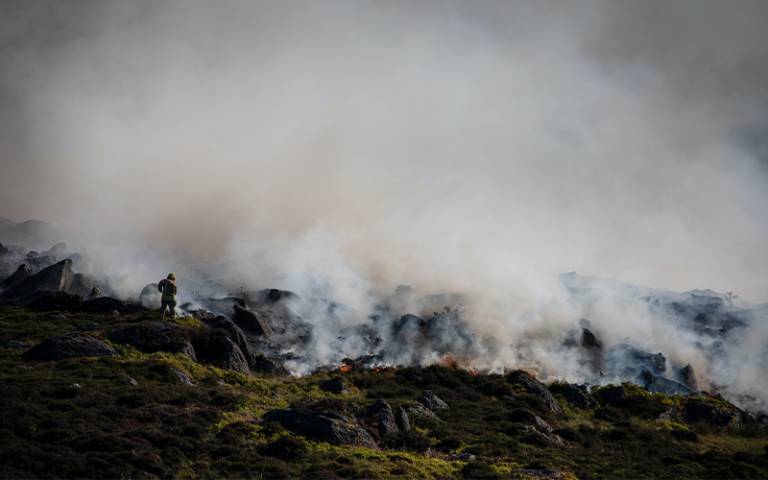 Whilst Covid-19 has threatened our global health and brought the world to a standstill, the report shows that the threats of climate change to health have not only continued, but increased in recent years. The report calls for these converging crises to be tackled together with Covid-19 recovery aligned to climate change responses, with recovery plans committing to targets set out in the Paris Agreement. The report suggests such recovery plans could deliver a ‘triple win’ of better public health, a sustainable economy and environmental protection.

No country is immune

The report states that climate change is damaging health and disrupting livelihoods around the world now, illuminating with data that shows the impact of global rises in extreme heat is rising.

Across the world 128 countries have reported increase in their population exposed to wildfires since the early 2000s. Data published shows that above-baseline days of heatwave exposure affecting over 65s have doubled and the rate of heat-related deaths in the over-65s has risen 54% in the last two decades, reaching 300,000 in 2018. It also suggests that heat is affecting productivity, with a record-equalling 302 billion hours of potential work hours lost to high temperatures in 2019, more than 100 billion more than in 2000.

The report outlines that unless urgent action is taken now, the health impacts of climate change are set to worsen with health systems at risk of becoming overwhelmed. Only half of the countries surveyed had national health and climate plans, and only four with adequate funding. Moreover, less than half of surveyed countries had conducted vulnerability and adaptation assessments for health.

It's not all bad news

Health services in 86 countries are now connected with their equivalent meteorological services to assist in health adaptation planning. Closer to home, the UK health sector (responsible to 4-6% UK emissions) is taking steps to decarbonise; the NHS has committed to going net zero by 2040 - the world's first health system to make such a commitment.

Dr Ian Hamilton of the UCL Energy Institute presented at the Global launch of the Lancet Countdown as the new Executive Director of the Countdown which brings together 120 climate scientists from 38 leading academic and UN institutions. Ian shared the platform with  Christiana Figueres, former Executive Secretary, UNFCC and Dr Tedros Adhanom Ghebreyesus, Director-General, World Health Organization. Ian also led the Countdown working group looking at climate mitigation and health co-benefits. This section of the countdown concluded that in 2018 greenhouse gas emissions once again rose. Tackling these emissions will have the co-benefit of reducing air pollution. Total deaths from ambient PM2.5 have increased slightly during this time period, from 2.95 million deaths in 2015 to 3.01 million deaths in 2018, highlighting the need for accelerated intervention.

Authors from the Bartlett School of Environment, Energy and Resources: