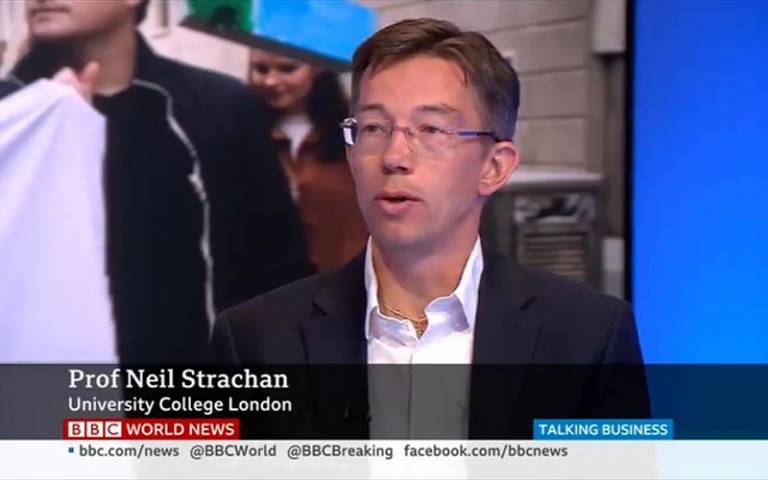 Professor Neil Strachan was invited to comment on the current movements around the world demanding action from big corporations and governments.

Responding to questions such as: "Are climate protesters, all this youth around the world, powerful enough to get messages into governments?", and: "Do you think corporations are doing enough at the moment?", Prof. Strachan argued that "it's a potential game changer when you move from only a relatively small number of consumers really demanding green products to it moving to the mainstream, particularly if that mainstream is primarily made of young people". Highlighting the potential for this shift to create the win-win situation we would hope for, he added that for corporations, the question of being on the same 'green' page "is certainly moving from being a corporate social responsibility issue to being a CEO issue", "a must do, it is something they have to engage with".