A new ground-breaking study by UCL Energy Institute, Imperial College and the University of Oxford shows how satellite tracking could be used to monitor compliance with the upcoming IMO 0.5% sulphur emission regulations and Emission Control Areas (ECA). 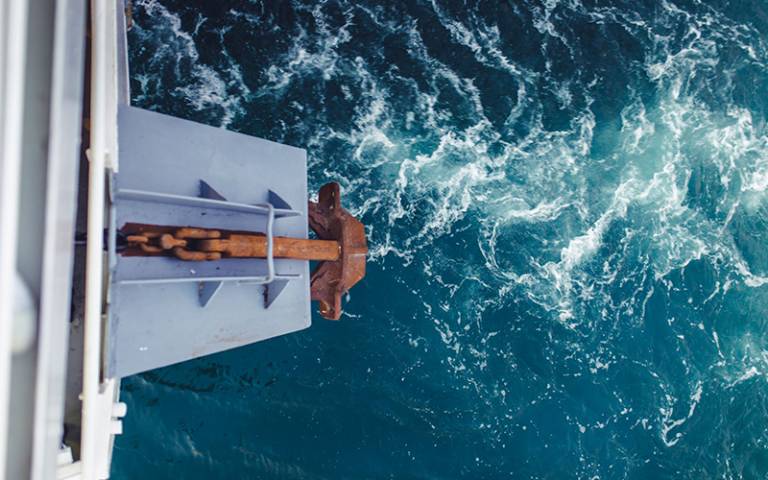 As announced on the Imperial College London website, a study co-led by their own researchers, UCL Energy and the University of Oxford and published today in Geophysical Research Letters, has unveiled discoveries that appear important on many levels for they describe the impact of shipping emissions on the climate: because fossil fuel emission particles from ships affect the air including by releasing sulphur, they affect clouds and consequently the environment. Acknowledging and investigating the phenomenon "could help scientists to create more accurate climate models, and shipping’s regulators to potentially monitor the sulphur content in emissions from ships".

In addition, satellite tracking has proved worthy of great interest for giving a precious hint about the future impact of restrictions on sulphur in fuels, revealing that "the impact of ships on clouds largely disappears in ECA zones", an "information [that] can be used to build a relationship between cloud properties and the sulphur content of shipping fuels". It is also stated that emissions released by ships "can change clouds, leaving lines – known as ship tracks – in the clouds behind them as they sail." This means satellite tracking can be used to address the question of the upcoming 0.5 percent limit sulphur emission regulations by helping monitor them and tracking ships that are not compliant.

“This knowledge is important because the kinds of clouds that the emissions affect can influence climate warming, and is therefore [key] to capture in climate models.

Lead researcher Dr Edward Gryspeerdt, from the Department of Physics at Imperial College, pointed out: “Ship tracks act like an experiment that would be impossible for us to do otherwise – we cannot inject sulphate aerosols into the atmosphere at such scale to see what happens. Instead, restrictions on the amount of ship sulphate emissions can contain provide us with a perfect experiment for determining just how important the aerosols are in cloud formation. By analysing a huge dataset of ship tracks observed from satellites, we can see that they largely disappear when restrictions are introduced, demonstrating the strong impact of aerosols.”

As another important consequence, it will now become possible to detect ships that are not compliant by observing and measuring the effects of the high-sulphur fuel burnt without exhaust treatment on the cloud properties captured by satellite. Regretting that “currently, it is hard for regulators to know what ships are doing in the middle of the ocean", Dr Tristan Smith from UCL Energy Institute explained that: "undetected non-compliance with the 2020 sulphur regulations is a real risk for shipping companies because it can create commercial advantage to those companies who do not comply." Dr Smith further added: “This study shows that science and technology are producing significant advancements in the transparency of shipping, and helping to reduce risks and unfairness for responsible operators.”

Finally, the press release presenting the study indicated that these promising discoveries will lead to further hopes and measures in the fight against climate change: "As well as exploring how the method could be used to identify ships that may not be in compliance with the 0.5 percent limit, the team now want to more precisely relate known ship fuel compositions to ship tracks, allowing them to more accurately predict the influence of sulphur aerosols on cloud formation on a larger scale, ready to feed into climate models."

The shipping research group at UCL Energy Institute consists of around 15 researchers and PhD students, involved in a number of on-going projects, funded through a mixture of research grants and through consultancy, UMAS – University Maritime Advisory Services . The group undertakes research using models of the shipping system, shipping big data and qualitative and social science analysis of the policy and commercial structure of the shipping system. The research activity is centred on understanding patterns of energy demand and emissions in shipping and how this knowledge can be applied to help shipping transition to a low carbon future. The shipping research group is world leading on two key areas; using big data to understand trends and drivers of shipping energy demand or emissions and using models to explore what-ifs for future markets and policies.