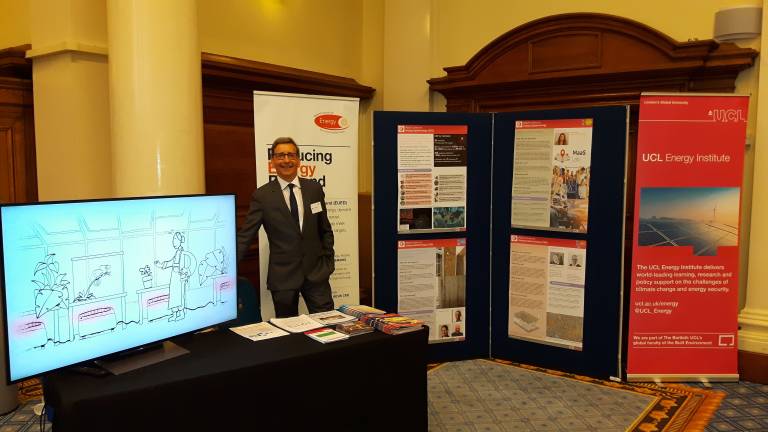 Funded with £19.5 million from the Engineering and Physical Sciences Research Council (EPSRC) and the Economic and Social Research Council (ESRC), CREDS brings together a world-leading and multi-disciplinary group of researchers and be led by the RCUK Energy Demand Research Champion, Professor Nick Eyre, at the University of Oxford.

The event celebrated the work of the six End Use Energy Demand (EUED) Centres (the precursor to CREDS) of which CEE was a member. Professor Tadj Oreszczyn spoke to the delegation of 200 people about the work of CEE and a new CEE research brochure and animation were launched.

Professor Oreszczyn is a Co-Director of the CREDS executive team, leading on the Buildings research theme with a number of Energy Institute Colleagues will carrying out projects under the theme.