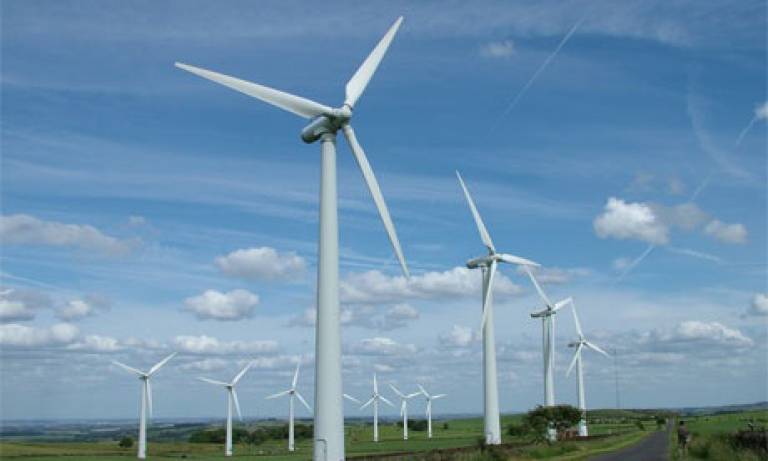 The UK is poised to become a global giant in the offshore wind industry, with the government today announcing energy contracts that will see a full halving of offshore wind costs in the near term, and by almost two-thirds in the longer term.

These reductions in cost in principle open the way to the development of an offshore wind resource in UK waters that is in the same league with respect to renewable electricity as Saudi Arabia with respect to oil.

The news suggests the transition to a renewable energy system has today reached a tipping point, ushering in a new era for energy production and energy policy more widely – with profound implications for the decarbonisation of the UK economy.

Offshore wind is the UK’s biggest – and almost unlimited – natural resource, but until recently was among the most expensive. Only five years ago it was estimated to cost around £150/MWh, much more than nuclear or fossil fuel generation. Today’s news has halved the cost, at £74.75/MWh for the near term, and down further to just £57.50 by 2022/23.

Today’s project auction was restricted to the more expensive renewables. Onshore wind, for example, would be much cheaper still, as it is proving in other parts of the world.

“Today’s auction results confirm a new era in UK energy. Wind energy will take the mantle as the UK’s most important and valuable energy resource as our oil and gas depletes, turning the energy world upside down.

“It also underlines the need for a revolution in how we think about our future energy system, from top to bottom, including how best to cooperate with neighbours to make best use of the North Sea’s most valuable new resource.”

“Combined with the collapsing cost of storage, this underlines the revolution in clean energy technologies and throws out many of the assumptions about clean energy costing more.

“Progress in onshore and offshore wind has been matched by similar progress in low latitude solar energy, which now routinely achieves bid prices below that of gas-fired power stations.

“There also continue to be advances in concentrating solar power – including the potential of an enormous solar park in the Sahara that could soon be exporting electricity to Europe.”