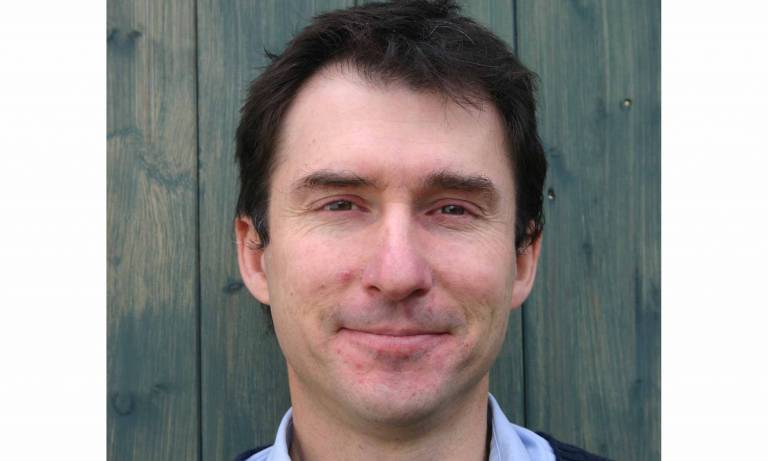 We are delighted to announce that Neil May, Visiting Researcher at the UCL Energy Institute, Senior Research Fellow at our sister institute - UCL IEDE, and Director of UKCMB, has been awarded an MBE in the 2017 Birthday Honours List for services to sustainability & energy efficiency in buildings and communities.

Neil was trained as an historian (Oxon) and an anthropologist (Delhi University) as well as working in film-making prior to entering the building trade by chance in 1989.  He has been working in sustainability and buildings now for over 25 years, firstly as a builder (running Neil May Builders, an ecological and conservation building company), then as founder and CEO of Natural Building Technologies (NBT).  He was also a founding Director of the Good Homes Alliance, the Passivhaus Trust and the Alliance for Sustainable Building Products.  He was briefly the chair of Positive Money, a leading monetary reform campaign.

Neil is also the part time CEO of the Sustainable Traditional Buildings Alliance (STBA) and has recently led major projects for DECC, Bristol City Council, and Heritage bodies such as Historic England and the National Trust.

Neil has been a member of several Government Advisory bodies at DTI, DCLG and DECC, and works extensively across industry groups in the construction and property sector. He recently co-authored an influential BSI White Paper on Moisture in Buildings which advocates a new principles-based approach for moisture risk assessment.

“I feel extremely honoured and humbled to have received an MBE in this year’s Queen’s Birthday Honours in acknowledgement of my work and the work of my colleagues in many areas of the built environment. This work has been an attempt to redress some of the imbalances in the way we understand the relationship between people, buildings and nature, to provide a more holistic and ethical understanding and practice in construction, and to overcome the forces of selfishness, greed and arrogance which have contaminated and despoiled our world and led to tragedies such as the Grenfell Tower fire.  There is still much to be done and I look forward to working with all my friends and colleagues on this task in the years to come”.