Reflections on President Trump withdrawing the US from the Paris Agreement 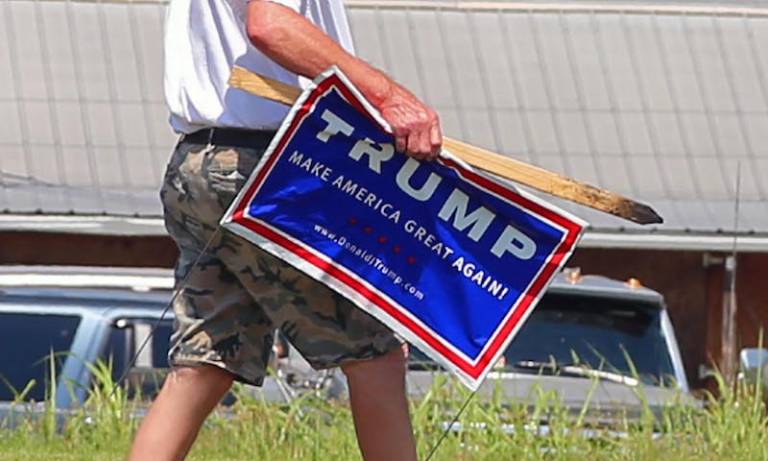 One of the more thought-provoking works of fiction of the last decade is Oreskes and Conway’s book, The Collapse of Western Civilisation[1].

This short and angry book charts the political causes and consequences of runaway climate change, which starts in the second half of this century. The global climate passes a series of tipping points with ever greater consequences, ultimately resulting in soaring global temperatures and the collapse of the West Antarctic Ice Sheet in 2093. The ensuing chaos proves unmanageable for western democracies, which disintegrate. Global political leadership ends up in the hands of China, a country with a 5,000 year history of catastrophe and recovery, and with a tradition of centralised government which allows it to survive, politically intact, though reduced geographically and in population. Along the way, Oreskes and Conway document the political idiocy at the root of the US’s inability either to anticipate the problem, or, once it begins to unfold, to respond to it.

The book’s climate scenario is an extreme one. We do not know whether the consequences of our global climatic experiment will be as severe as the one the authors imagine. But as with all good science fiction, the purpose of the book is not to predict the future, but to reflect on the present. And in this respect the parallels with the current state of US politics, capped by yesterday’s announcement that the US will withdraw from the Paris Agreement, are clear. One obvious difference is that Oreskes and Conway place the transfer of global political leadership from the US to China in the second half of this century. It is possible that the handover ceremony took place yesterday.

And yet, as de Tocqueville pointed out nearly 200 years ago[2], the US is an extraordinary, diverse country with a huge capacity to innovate. The reaction to yesterday’s announcement has been more immediate, and the judgement on it harsher, in the States than anywhere else[3]. Moreover, it appears that technical and economic progress of renewable energy in the last two years may render global politics less important than it might have been. Donald Trump’s commitment to US coal miners is likely to be as effective as a hypothetical promise to protect jobs in Britain’s charcoal-based iron industry in the middle years of the 18th Century would have been. Perhaps the most lasting effect of the US withdrawal from Paris, and Donald Trump’s greatest gift to humanity, will be to have rendered climate denialism politically untenable. We will see.