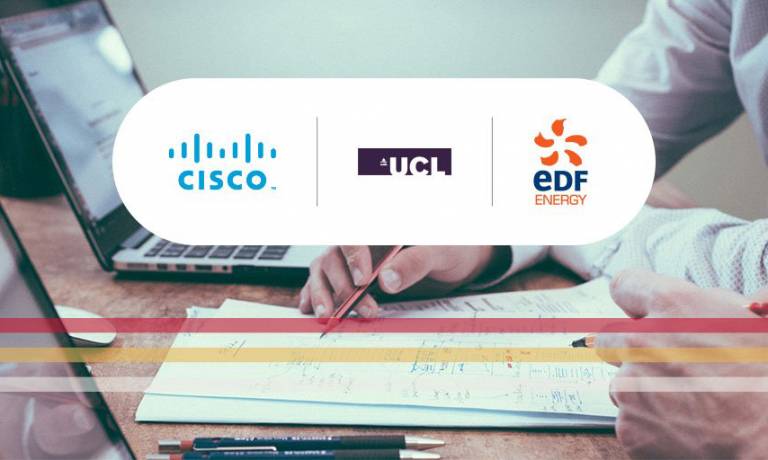 IDEALondon (Innovation and Digital Enterprise Alliance) is a ‘post accelerator’ workspace run in partnership by Cisco, UCL Engineering and now, EDF Energy. Since the programme launched in 2012 it has supported over 50 start-ups. Now joining as partner of the initiative, EDF Energy will help incubate six start-ups focussing on areas such as artificial intelligence and data, exploring ways in which disruptive technologies can help with the transition to a low carbon economy.

Lord Prior of Brampton, Parliamentary Under Secretary of State at the Department for Business, Energy and Industrial Strategy spoke at the launch event for the new partnership, attended by UCL-Energy staff Professor Tadj Oreszcyn, Professor Paul Ruyssevelt, Professor David Shipworth, and Dr Michael Fell. In his speech, he emphasised that the nature of jobs in the UK was changing, and would go on changing rapidly in the face of disruptive technologies such as artificial intelligence and Internet of Things. As a result, it was particularly important that new companies and jobs be created in the digital innovation sector and that incubators like IDEALondon are ideally placed to produce such companies and jobs in the UK.

Also speaking at the event, Professor David Price, UCL Vice-Provost, expressed UCL’s commitment to the programme, fostering start-up initiatives with a long term view, highlighting the value of the collaboration with Cisco and EDF Energy. As the first radical university in the UK, founded in 1826, UCL has continued to celebrate its pioneering spirit. He spoke of how UCL was the first in the UK to have a node of the internet and how, with its role in IDEALondon amongst other initiatives, the university will continue leading the country into its digital 22nd century.

Professor Shipworth commented that “The UCL Energy Institute has a long-standing research strategic partnership with EDF, and has worked with Cisco on innovative energy projects in the past. The opportunities presented by both Cisco and EDF for energy research, innovation and commercialisation in IDEALondon are enormous. The UCL Energy Institute is researching disruptive technologies able to rapidly change the UK energy landscape. The Institute welcomes this new partnership between UCL Engineering, Cisco and EDF Energy and look forward to helping support the growth of IDEALondon’s start-ups in the energy and digital economy space.” Lord Prior of Brampton, Parliamentary Under Secretary of State at the Department for Business, Energy and Industrial Strategy