“The Paris Agreement - What does it mean for Africa?” French Embassy and UCL-Energy discuss 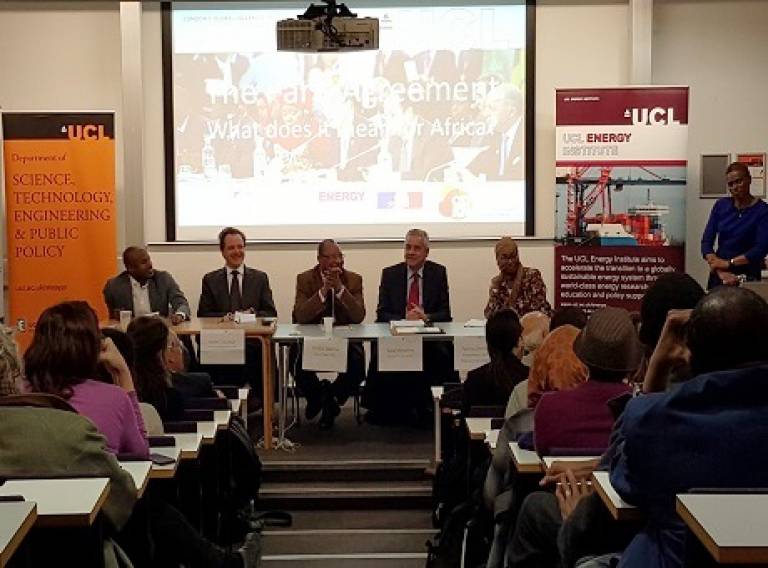 The research collaboration workshop was hosted at the French Embassy and attended by 30 participants who included researchers from African institutions, diaspora based in the UK, research partners from UCL along with other institutions and development partners from the UK and France. The workshop objectives were:

The panel addressed questions such as: Does the Paris Agreement satisfy the African negotiations position?  What are the implications for Africa of the science in the IPCC fifth assessment report?  And, how can we move from political agreement to concrete action?  And there was a special focus on the African Renewable Energy Initiative (AREI), nationally determined contributions, adaptation communications and how to improve African input to the upcoming IPCC sixth assessment report (AR6). The evening event was sold out with insightful questions from the audience and was followed by a reception for panellist, workshop attendees and audience members.