Role of shale gas in UK low-carbon transition should not be taken for granted, say experts 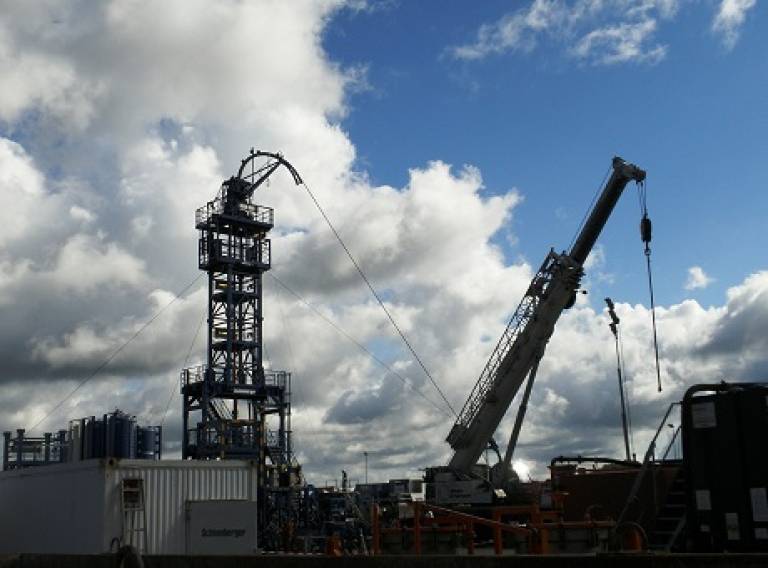 Academics from University College London and the University of Warwick will today publish an opinion piece based on research funded by the UK Energy Research Centre (UKERC) advising policymakers that, because of continuing economic, social and environmental uncertainties, the UK’s gas strategy should be developed on the assumption that there will be no domestically produced shale gas.

The authors, Professor Paul Ekins and Dr Christophe McGlade of UCL Institute for Sustainable Resources, Professor Michael Bradshaw of Warwick Business School and Professor Jim Watson of UKERC, point to the current incomplete state of knowledge about shale and its potential role in low-carbon transition, but add that the UK may be able to develop some of its potential shale gas resources within the context of a global effort to keep average global warming within 2 degrees centigrade, as long as ten fundamental caveats are in place.

These include: the existence of both technically and economically recoverable volumes of shale in the UK; practically no unabated coal use to generate electricity beyond about 2025; widespread commercial availability of carbon capture and storage; the existence of a real global commitment to CO2 emissions reductions;  determination and management of the level of fugitive emissions that occur during production; and the granting of ‘social licences to operate’ dependent on the effective regulation, control or avoidance of environmental impacts by industry.

The opinion piece, Conditions for environmentally-sound UK shale gas development, is based on findings from two recent studies funded by UKERC (produced by the same authors). The first explores the ‘bridging’ role that natural gas may be able to play during the transition to a global low-carbon energy system, the second outlines the challenges to the UK’s gas security in the wider context of the UK’s energy security and climate change policies.

The authors comment: ‘Given the current incomplete state of knowledge about shale gas and its potential role in a low-carbon transition, we suggest that policy makers should take as their basis for energy policy that there will be no shale gas produced domestically and plan their gas security strategy accordingly.

‘Furthermore, while we are not against shale gas exploration in principle, we believe that it is incumbent upon the shale gas industry and its supporters, and the government, to demonstrate that the above conditions are met, as most if not all of them are not at present. Only then should shale gas production be permitted to proceed in the event that it is proved to be economically viable, in the knowledge that it is consistent with a decarbonised UK energy system and environmental protection more generally’.