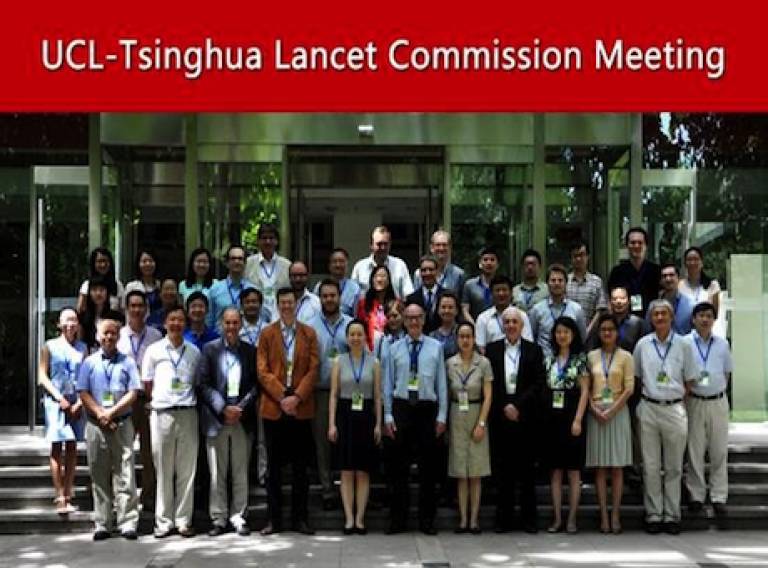 From the July 8-10th, 2014, the Lancet Commission on Climate Change and Health held its second meeting along with a public event held in the evening of the 9th, at Tsinghua University in Beijing, China. The meeting was hosted by the Centre for Earth System Sciences.  The Commission is developing a report that is setting out the emergency actions required to tackle climate change, which is the greatest health threat of the 21st Century.

The Commission includes UCL-Energy and UCL ISR staff, led by Prof. Tadj Oreszcyzn and Prof. Paul Ekins, that are looking at mitigation technology options and the impact on health, and the financial reality around climate change and mechanisms to support the deployment of mitigation technologies.  A number of staff from both Institutes are contributing to the commission and where present at the Beijing meeting, including: Prof. Bob Lowe, Ian Hamilton, Paul Drummond, and Paolo Agnolucci.

The primary focus of the meeting was to hold a detailed discussion on the drafts presented by each of the working groups, and to come to begin a process of consensus on the central messages of the Commission and the steps from July 2014 – February 2015, and beyond.

More on the Lancet Commission