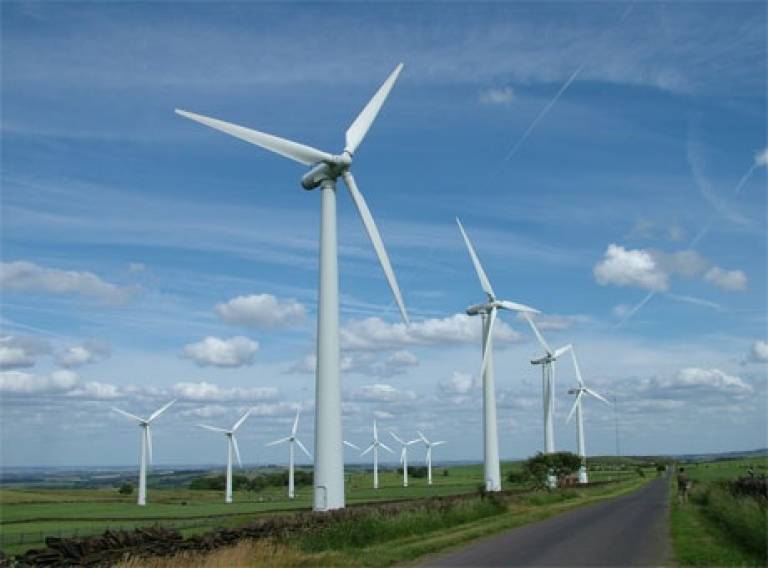 Will McDowall, UCL Energy Institute researcher and member of the UCL Green Economy Policy Commission, joined Rt Hon Dr Vince Cable MP, Secretary of State for Business, Innovation and Skills at a fringe event at the Liberal Democrat Conference on Sunday 15th September to discuss greening the economy. They explored the industrial opportunities offered and the political options for the Liberal Democrats as greening the economy is an urgent priority for short-term recovery and long-term prosperity.

Following the event Will McDowall wrote a summary:

The Liberal Democrats pride themselves on being the greenest of the mainstream parties, and polls show that voters have always agreed. So there was a great deal of nervousness among party activists at the Lib Dem conference in Glasgow this week when the party voted to end its long-standing opposition to nuclear power and to allow fracking. Are the Lib Dems losing their green credentials?

I was sitting in the conference hall when the votes took place. The quality of debate, the passion, and the commitment to environmental issues was clear. So was the disappointment from many party activists when the vote passed. But for environmentalists, whether Liberal Democrats or not, the most reassuring thing about the debate was that the importance of the environment was never in question. The disagreements around nuclear and fracking were disagreements about how to fight climate change and achieve a greener future, not about whether other priorities should come first.

The party’s green side was also much in evidence when I spoke, alongside Vince Cable, at a party fringe event organised by the Liberal Sustainability Network. I was presenting the initial findings of the UCL Green Economy Policy Commission, and there was enthusiasm for much of what I was saying—not surprisingly, given some encouraging overlap between our ideas and the Lib Dem’s low carbon policy paper, Green Growth, Green Jobs. Baroness Parminter, who chaired the event, was particularly supportive of our recommendations on the need for better representation of natural capital, resources and materials in national accounting frameworks and corporate reporting.

Cable himself has never been seen as a voice for green leadership, but he was keen to demonstrate his green achievements to his party. He spoke impressively on the record of his department, particularly the establishment of the Green Investment Bank, and the way that his department’s industrial strategies are aiming to drive green innovation in sectors such as automotive and aerospace, as well as the usual suspects of offshore wind and other renewables. Of course, I was a much less impartial observer of his remarks after he welcomed the work of the UCL Green Economy Policy Commission, saying that it was ‘exactly the sort of radical thinking that’s needed’ – but even so I was impressed with his grasp of the issues and apparent commitment to them.

So internally, the party’s green core seems secure.  But are the Lib Dems going to be a voice of green economy leadership as we move towards the next election? The signs are much less encouraging. As the major environmental NGOs argued last week in their report Green Standard, the Lib Dems have failed alongside the other parties in providing “visible and consistent leadership” on green issues. As the parties start to pull together their manifestos and consider how they want to present themselves to the electorate, the fear is that the Lib Dems lose their nerve and fail to give the green economy the importance it deserves.

In the long-term, only a green, low-carbon and resource efficient economy is viable without exposing ourselves to unacceptable risks. Those of us who have recognised this have a challenge – both in identifying the policy options that can address this challenge, and in making the case for putting the green agenda at the core of each party’s political vision of the future. As the UCL Green Economy Policy Commission moves towards publishing its final report, it’s clear that there will remain a great deal more work to be done.