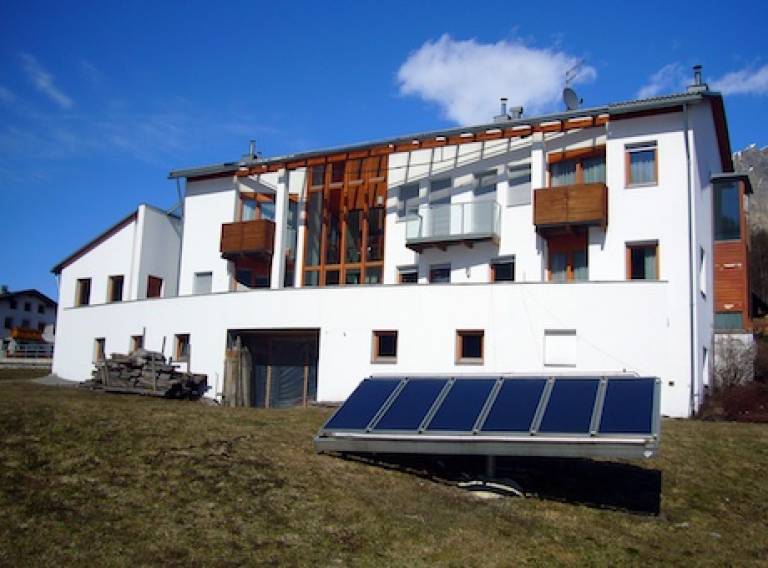 What do you think of the Green Deal?
The UK has one of the worst performing building stock in Europe: there are around 26 million buildings in the UK, the majority of which require vasts amounts of (fossil fuel) energy (and money) to heat them, leading to associated high carbon emissions. So in principle the Green Deal, as an initiative to encourage uptake of energy-efficiency measures to reduce the amount of energy required to run these buildings, is welcomed. However, I believe that there are too few incentives for uptake to be meaningful to make a difference to the UK's carbon balance sheet. While cash-back is offered as an incentive for early- uptake;  the unattractive high interest rates (7%+ depending on amount loaned, payback period and provider) and complexity of the scheme means that take-up is likely to be low by householders and businesses.

I am also rather critical of the fact that government has been heavily subsidising active energy systems such as solar panels, but -aside from early-bird cashbacks - is not similarly subsidising energy efficiency measures under the Green Deal. Money has effectively been diverted away from fabric efficiency, which has a lasting carbon, thermal comfort and cost benefit over the lifetime of the building, in favour of active systems, which generally only last a fraction of the building's lifetime. It is also unclear how much money will be diverted away from the loan to professional fees and how much will actually be spent on fabric improvements of the total proportion of the loan. Finally, on the same day as the Green Deal launch, government  has committed £32 billion to HS2, compared to just £125 million as an 'early-bird' cash-incentive, while the Green Deal will be financed by a high interest loan by the end-user (probably for several decades), and those eligible for ECO may get some help but this will be paid for by a charge on everyone else's energy bill. If £32 billion public money had been committed to the Green Deal, around 3 million buildings ( or around 12% of our building stock) could have been improved to the tune of around £10,000 each.

A few more contentious issues, such as :

How will the Green Deal affect architects?
Architects will need to be aware of the GD to advise clients of alternative funding opportunities, and may make the Client aware of the GD. However, due to predicted low uptake of the Green Deal (for reasons described above) and due to the fact that there are already a lot of professionals involved, I do not think there is scope for architectural advice too, despite the value architects may bring.
The Green Deal marketing campaign may inspire some building-owners to undertake measures outside the GD and there may be demand for architects to be involved in the design and detailing of those upgrades; however this should involve a close dialogue with a multi-disciplinary team of experts and experienced professionals.

Will the Green Deal benefit architects?

I think little to no benefit, due to predicted low uptake of the Green Deal (for reasons described above) and due to the fact that there are already a lot of professionals involved, I do not think there is scope for architectural advice too. Architects which have diversified outside the traditional role of architect and who undertake project management and surveying for example, or trained to be GD Assessors may see some  benefit. Equally those architects specialised in refurbishment of traditional and historic buildings may find their expertise is wanted. But unfortunately I do not get a sense that the GD is about quality of work and care of existing building fabric  or heritage nor that there will be a large demand in the first place. The lack of 'care' is potentially problematic and which has been identified as a major issue in the STBA Responsible Retrofit of Traditional Buildings Report: there is a significant lack of research into unintended consequences of retrofit; pre-and post retrofit actual performance, while most retrofit guidance and practice is  general instead of specific.  The Green Deal policy is rather generic and is likely to lack the detailed assessment and knowledge required to decide the most appropriate interventions for each building and to put an expert team together to deliver it. For upgrades to be successful, the interventions undertaken need to be appropriate for the building's heritage, construction, location and use rather than the 'one solution fits all' approach.

Will it result in more work for architects? As above.

Please note, the views reflected above are those of Sofie Pelsmakers, and do not necessarily reflect the views of the UCL Energy Institute as a whole.