Professor Tadj Oreszczyn and Professor Paul Ekins of the UCL Energy Institute have been announced as advisers to the Department of Energy and Climate Change’s new Energy Efficiency Deployment Office. 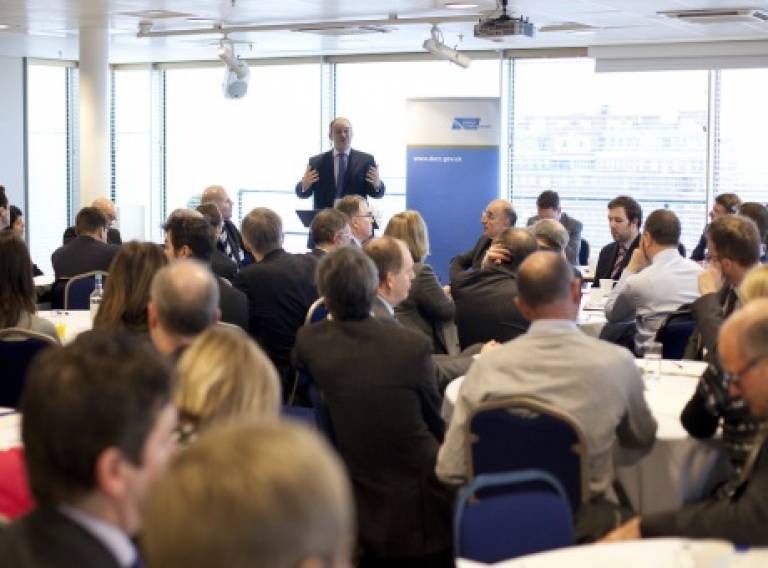 Professor Oreszczyn, Director of the UCL Energy Institute, and Professor Ekins, Director of Energy and Environment Policy, attended the EEDO launch last week, with Edward Davey MP making his first speech as the new Energy and Climate Change Secretary at the event. Mr Davey announced that as well as having its own expertise, EEDO will work with leading industry experts to ensure that they have the best possible evidence, analysis and policy response to this challenging agenda.

Professor Tadj Oreszczyn said: “The Energy Efficiency Deployment Office is an important government initiative driving forward the energy efficiency agenda in an area which has previously been fragmented across stakeholder groups and government departments. I am therefore honoured to be asked to provide advice to EEDO in the buildings sector.”

Professor Ekins, Director of Energy and Environment Policy at the UCL Energy Institute added: “I am very pleased to have been appointed an adviser to DECC’s new Energy Efficiency Deployment Office. Energy efficiency has a very large potential role to play in helping the UK move to a low-carbon and more energy-secure future, but it is clear that improving energy efficiency can present a number of policy challenges. I shall be doing my very best as an adviser to help DECC address these effectively.”