Water and sanitation justice for all? One right, two fora 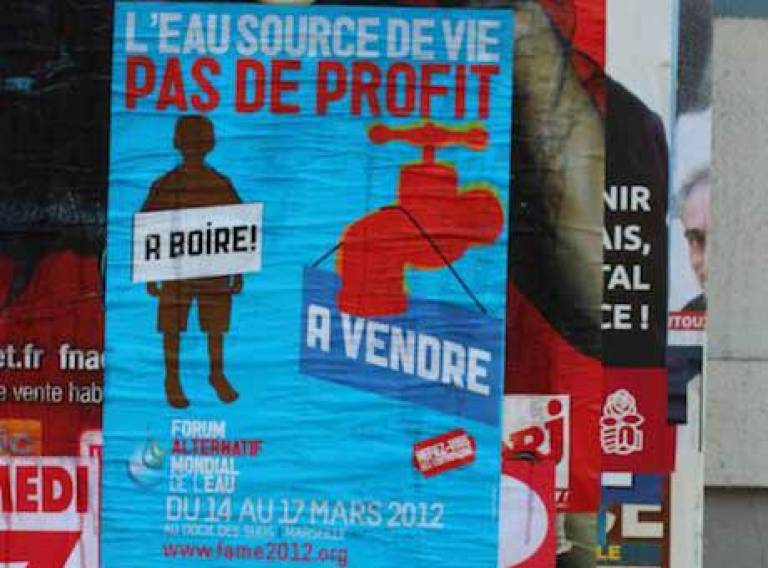 Between 12 and 17 March the French port city of Marseille hosted the triennial World Water Forum (WWF) in its sixth edition. The event, entitled Time for Solutions, was not the only international forum discussing the multidimensional water crisis. Parallel to this well-funded, widely attended, influential and increasingly contested WWF organised by the World Water Council (WWC) that captures significant media attention, the less glamorous but increasingly strong and articulated Alternative World Water Forum (FAME) made itself present. Adriana Allen and Etienne Von Bertrab from the DPU attended both events and have expanded the debate in a special post in the DPU blog to commemorate the World Water Day today.