Paul Hackett, an Honorary Professor at the Bartlett School of Construction and Project Management and a member of the External Advisory Board has been recognised in the Queen’s New Year Honours List, being awarded a CBE for services to social housing. 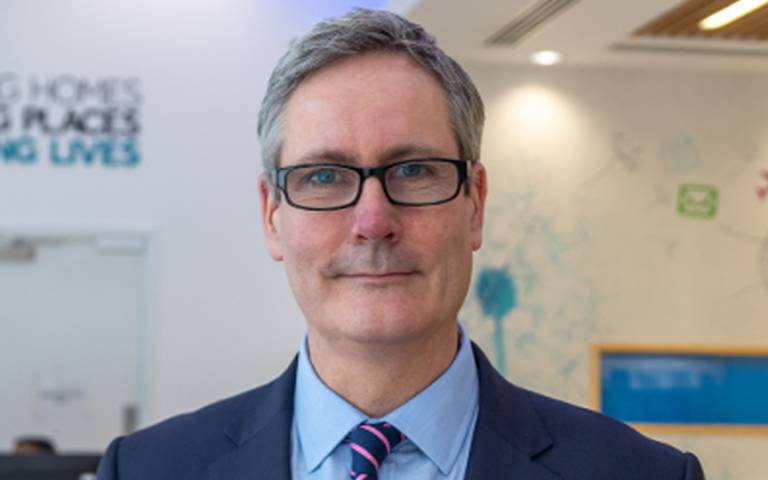 Paul, who is Chief Executive of Optivo, one of the largest housing providers in the UK, was given a CBE to recognise the positive impact and extraordinary contribution he has made to social housing.

Paul has worked in the housing association sector since 1989, and has led a number of large and complex regeneration projects. He is also known as a national leader on resident involvement.

Between 2017-19 Paul was Chair of G15. During his term he focused on building stronger relationships with the public sector and making the economic case for higher grant rates and longer-term funding. He was also a high-profile advocate of rebalancing the landlord tenant relationship.

““We at the Bartlett School of Construction and Project Management are thrilled and proud that Paul Hackett, Chief Executive of Optivo, has been recognised with a CBE in the New Year’s Honour’s List. Paul’s transformative leadership of Optivo has made them a model housing association and leader in sustainable urban renewal. We are very lucky to have Paul on our external advisory board and appreciate having the benefit of his wisdom and expertise.”

““I’m truly humbled to receive the CBE. This award is a recognition of the hard work of many staff and residents who’ve helped Optivo become the organisation it is today”.

The New Year Honours List includes 1,239 recipients, recognised for their extraordinary contributions in all four nations of the United Kingdom.

The School's research into affordable housing and investment is led by Dr Stanimira Milcheva. Our research brings together leading researchers, industry experts and public sector stakeholders to provide solutions to the global social challenge of affordable housing.

Find out about our research into affordable housing