People: in focus - Professor Peter Hansford on the reasons for HS2 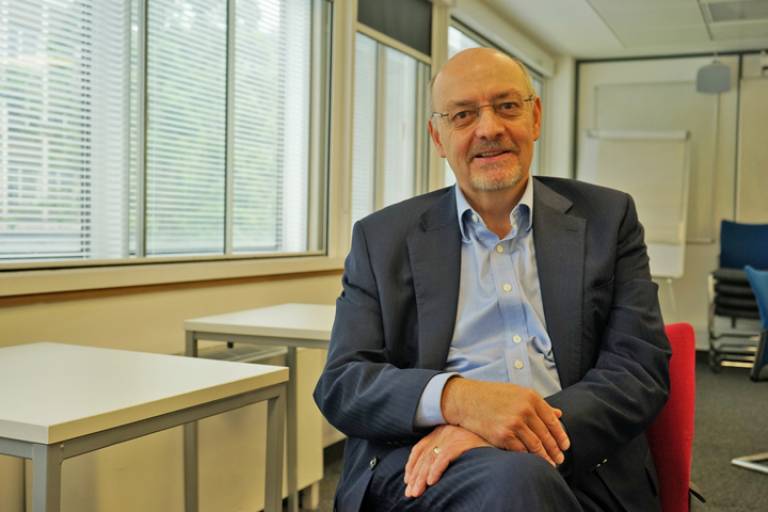 In summer 2016, C&PM spoke to Peter about his career working as the Government’s Chief Construction Advisor. In the second half of the interview, he told us what he thinks justifies the High Speed 2 (HS2) rail megaproject and what additional rail infrastructure this megaproject might lead to in future.

What is the urgency surrounding the construction of HS2?

I spent a very large part of my career in rail so this is a particular area of expertise. I am a great fan of High Speed Rail because I think it is essential for this country. The urgency of it is that the existing rail network is close to capacity, particularly on the North-South routes. The West Coast Main Line from Euston to Birmingham and Manchester will be full by 2020 unless we do something about it. People will be standing from Birmingham: it’s as simple as that. High Speed Rail is a little bit of a misnomer, because it’s not actually the speed that’s important: it’s having additional capacity. But if it is going to be built, it might as well have the latest technology and that’s where the High Speed element comes in.

Tell us more about the arguments for HS2.

Another reason is that we have far too many internal flights in the UK, which we don’t need. If we have High Speed Rail, we can take the train to Scotland rather than fly there. If you can get trains to Edinburgh in less than three hours, then people will use the train. There are far fewer carbon emissions in rail than in road, so we can get people off the motorways and onto trains. It’s compelling, absolutely compelling. Every other developed country has high speed rail, so we are in danger of falling behind.

Isn’t there a danger that, with HS2 is established in addition to the older lines, there will be a price difference that will result in the High Speed line being used primarily by wealthier customers? Might this cancel out any potential progress in linking people together?

I don’t think so. I think the existing network will be used more for shorter journeys between adjacent towns and things like that. With the High Speed network, this will be mainly intercity and between the major centres. HS2 will also open up capacity on the existing railway for freight, although not exclusively. I think the two networks will be complimentary.

I don’t know what the fares are going to be, I have absolutely no idea. I think they will need to be comparable with air flights. Although, having said that, they have big advantages over flights because they go city centre to city centre whereas flights don’t. In addition, you can work on the train but it’s very difficult to work on aeroplanes. I think people, certainly business people, will be prepared to pay the price for HS2, but I don’t think it will crowd out normal users.

After HS2, I would like to see HS3, which is already being planned between Manchester and Newcastle. Then there is HS4 – although I haven’t heard anyone call it that yet – which will go down to Bristol, possibly even Exeter.