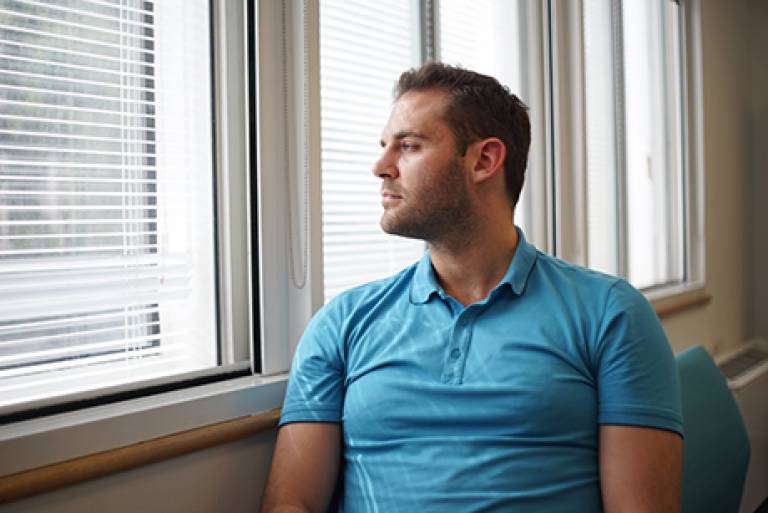 Manuel Pixner, student of MSc Project and Enterprise Management, recently organised a site visit to the London Olympic Park for himself and his colleagues. We spoke to him about what he learnt from the visit and his experiences at the School so far.

What inspired you to organise the event and how did you go about arranging it?

The 2012 London Olympics are very well studied and one of the few successful megaprojects. I thought, whilst we are here in London, a lot of us are international students who might go back to their country afterwards, so it would be a great thing to arrange a site visit. I went to see the Programme Leader of MSc Project and Enterprise Management, Dr Stephen Pryke, and asked whether we could arrange something to learn more about the development of the megaproject. He said it was a great idea and got back to me a couple of weeks later with a contact, Alan Willby, the Director for International Sports Events at Mace. He was involved in the project from the very beginning and is now also involved in the legacy programme. So, it took us four months to get it sorted, but we managed to make it happen and it was a great experience.

What did you learn from the site visit?

There are a lot of recently published articles about the London Olympics because it was so successful, being delivered on time and on budget – which is very unusual in construction, especially for such a complex project. Here at UCL, we learn the theoretical part of it and when we went there and Alan presented his perspective, we got a better understanding of the theory. It was really interesting to get a hands-on view of the frameworks, theory, and the concepts you learn in the class and see how they had been applied.

You mentioned the project being on time and on budget, how was this achieved?

There is much debate over this in the literature. The prevailing view is that it was very well organised. There are other factors, however. Some say the economic crisis in 2008 had an influence. The game was procured before the crisis, but the construction was executed after the crisis. So, there was so much that could happen in that time. On the site visit, Alan said that the management of the megaproject was very consistent. They had a meeting on a very regular basis in which they would go over the basic numbers. For each sub-project, such as the aquatics centre or the Olympic stadium, they would have three A3 sheets with graphs and key indicators and they would discuss this for an hour. They would do this every week to monitor the progression of the project. With just a few key elements, they managed to oversee the whole project to a successful conclusion. So, there were lots of reasons why it went well. Others think that it was enthusiasm of the construction staff: the workers on site were more enthusiastic because they knew it was a project of British pride.

How are you finding the course?

I would say it’s what you make it. There is a lot of freedom: a student can choose to stay in the library or go travelling around Europe, which is what some students do because they are from other countries and they have different priorities. For me, I really tried to focus on the programme. It’s UCL, so they have very good connections. That’s what I wanted to leverage. Getting a director from MACE to talk about this megaproject was a real privilege.

What was your background before coming to the department?

I had a couple of years’ experience in working in the construction industry, and some in mechanical engineering. Later on, I worked in property management. I decided to take this course to make a first step in what I am really interested in which is construction and managing construction projects. Through the programme, I have realised I am much more interested in the firms and how they are organised, rather than the actual projects.

After this course, how do you want to apply what you’ve learnt?

I am using my dissertation to go deeper into what I am interested in, which is the aspect of innovation in construction. Construction is not known for being the most innovative industry. Having a background in mechanical engineering, I can see the difference and you can see it also in the government reports from the past 20 years. When you interview people from the industry, you always get the same feedback. There is a huge cultural barrier and that’s what I’m interested in. I want to see how innovation can be applied in the construction industry.

We look forward to seeing how Manuel's career in the industry develops in the future.