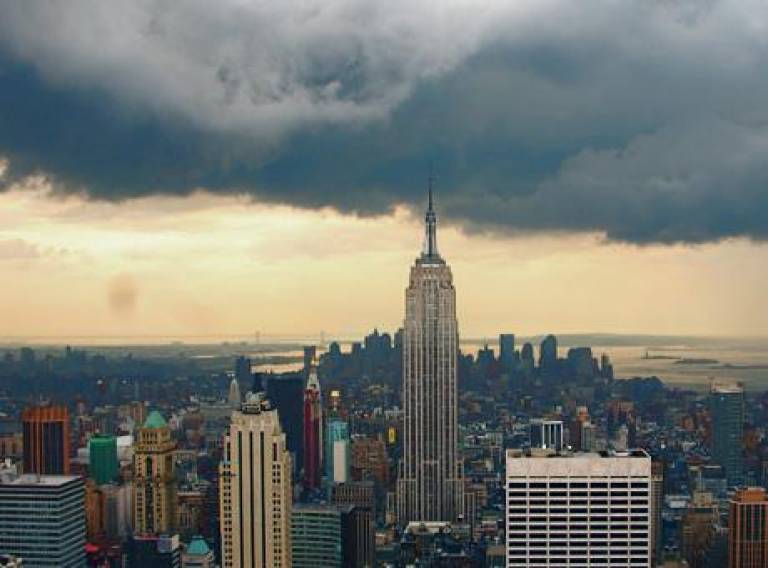 Professor Tim Broyd has recently returned from a two-day trip to New York where he was interviewed for a new programme concerning Mega Climate Change Events. An independent production company are currently developing the series for the National Geographic Channel.

Interviewed for three programmes focusing on how extreme climate change could change the way we live in the future. Tim’s expertise and opinions were sought regarding; Superstorms, Extreme Flooding and Cold Earth.

The producer of Superstorms was particularly interested in how buildings and skyscrapers cope if hurricanes continued to grow? What would the effects of wind speeds of over 300mph be for these structures and would there be a time when tall buildings were simply abandoned in favour of lower, wind-friendly, designs?

Extreme Flooding and Cold Earth considered the long term effects of these changes and how city infrastructure would cope initially. How large a set of coastal defences could be constructed, would it be possible and how people live in underwater communities or below the earth surface?

Other topics for the programme include matters such as a worldwide rabies pandemic.