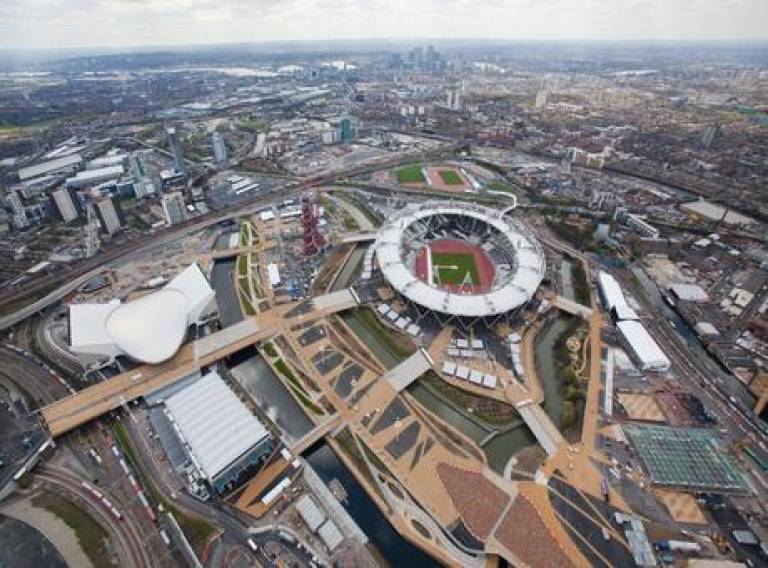 At the AAG (American Association of Geographers) Annual Meeting, Los Angeles, Professor Andrew Davies presented his research on the London Olympics construction project, focusing on the delivery model and its implications for how we understand the management of project complexity. The mini conference entitled 'An unlikely Success story? Olympic cities and the London 2012 Experience' was well attended and organised by Mike Raco of the Bartlett's School of Planning. Gernot Grabher and Joachim Thiel of Hamburg University were also in attendance. The success of the 2012 London Olympics construction programme has been recognised and praised across the globe and proved to the world that Britain had both the capacity and expertise to not only successfully deliver such a complex and large-scale project. But there is a need for a clear post-event strategy to ensure that a legacy remains for London long after the Games had left the city.

The conference saw participants discuss a variety of topics divided into three sub themes from the London Olympics, the outcomes of which may be transferred to the 2016 games in Rio de Janeiro.