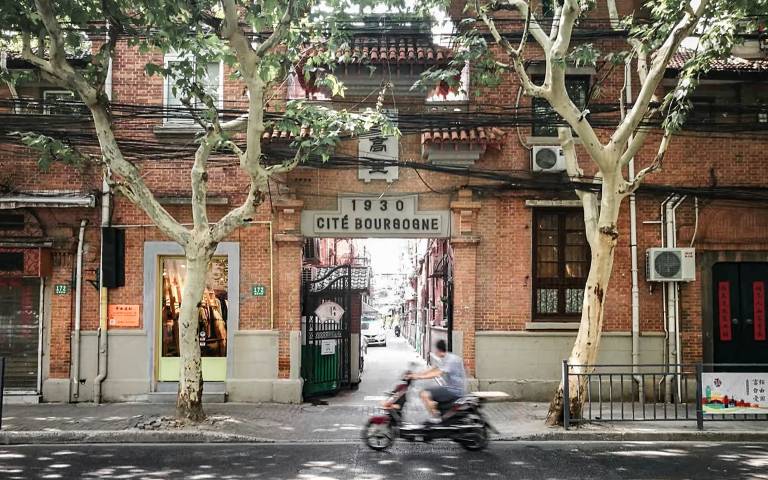 Not So Difficult, Not So (De)Colonial: Heritage Modernity and Postcoloniality in Shanghai (1949 to Now)

Coloniality exists because of decoloniality, and the act of identifying coloniality (in space and time) is part of the decolonisation process. Colonial urbanism is explicitly interrogated according to space and its representations of embodiment (port-town systems, architecture, infrastructure, and those what Lefebvre termed as “a function of a specific”) that served as outposts of order, control, oppression, discrimination in the “nibbling away” project of colonial occupation.

From John Weddell to Macartney Embassy, Opium War to Shanghai Land Regulations, Municipal Council to Paris of the Orient, Shanghai as port-town colony had been centre of colonial expansion to export socio-political and cultural models from legal frames to architecture and to localise for foreign autonomy. With a “civilizing” gaze upon the built environment, Shanghai’s colonial urbanism was important to exemplify the imperial ambition and advertise the “advance” in “European civilisation” as the indigenous was treated as primitive, backward and inappropriate in the forms and space of the colony. Although the architecture and urbanism of coloniality were actively dealt with through strikes, conflicts and wars before independence, these spaces have blended into the everyday life of Shanghai locals, causing awkwardness and contradictions towards the re-adapted colonial legacy. Built heritage listing officially began in 1980s and representations of colonial settlement were enlisted as “Excellent Architectural Heritage”, celebrated for the city’s image building. The city has seemingly reconciled with its colonial history and developed “objective” approaches in the management, acknowledgement and discourses of colonial built environment that are now put into question when people are struggling for everyday identity in the new nation-state.

The research investigates Shanghai’s overlooked development of heritage making towards the unsettling colonial history and urban landscape. It identifies the coloniality and decoloniality in built heritage and relevant socio-political and cultural fabrics of postcolonial Shanghai, confronting the “difficultness” within a mixture of rhetoric through literature, fieldwork, media and interview. Particularly, materials from Chinese academia were referenced, a statement of academic autonomy and decoloniality, to re-affirm sovereignty in historiography, to identify epistemic and aesthesic constitution and reconstitution before, during and after semicolonial Shanghai.

Yiming completed his undergraduate degree in Architecture at University of Sheffield. He subsequently received a distinction for his MA Architecture and Historic Urban Environments programme at Bartlett School of Architecture, UCL. Affiliated to Centre for Critical Heritage Studies, he is currently pursuing PhD Architecture degree (History and Theory) at BSA, UCL.

Previously Yiming has worked as an architectural designer at Tongji Architectural Design and has lectured at Soochow University, Ningbo University and Shanghai Institute of Visual Art. He is also conducting independent design research on anachronism, architecture and ruin theory based on Sir John Soane and English neoclassicism.