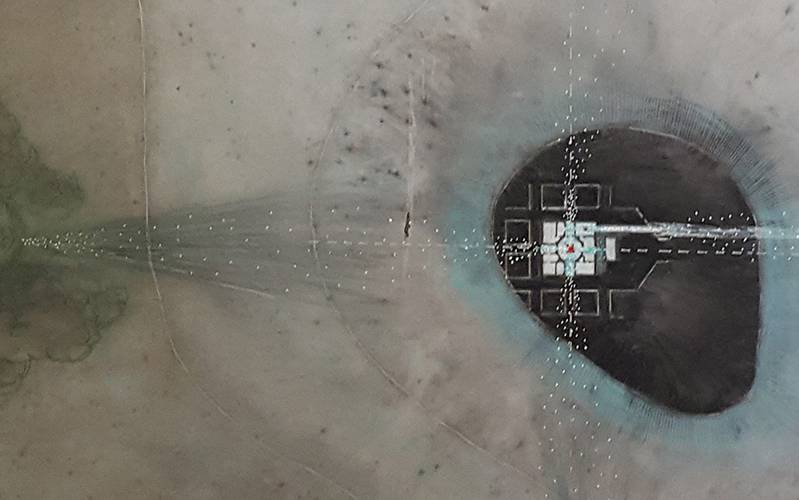 Increasing awareness of anthropogenic climate change has prompted disciplinary calls for a proper ethical response. But what could a new architectural ethics for the Anthropocene look like? Currently, the range of propositions is narrow. Technological building proposals seek to allay anxieties by promising problem-solving through the scientific lens, while others – in an apolitical, almost defiantly inward-looking turn – advocate for the construction of architectural atmospheres that settle for the bodily experience of space.

I am searching for a richer way of engaging the climate in architecture by taking a look back in history. My work is situated in the Late Renaissance, a period at the cusp of what has later been termed the “Scientific Revolution” It was a time when the worlds of climate knowledge were being fed within the context of humanism from sources that run against today's epistemologically acceptable norms. By comparing three Renaissance villas located in the Italian Veneto, I aim to reveal their architectural approach towards the climatic landscape they are situated in and their stance towards designing their interior weather.

My core case-study focuses on the functional and spatial expression of climate through the Villa Aeolia, a building that is connected to a vast network of subterranean ventiducts in order to condition its interior air. I trace Aeolia and its afterlife as reflected in contemporary writing – architectural treatises, humanist literature, travel diaries and Baroque Wunderbücher – and in building: in Andrea Palladio's La Rotonda, similar ideas on ventilation were pursued by its architect and were later newly invigorated by Vincenzo Scamozzi who worked on the building after Palladio's death. Scamozzi himself had explored questions of climate earlier in his La Rocca Pisana with surprising sophistication.

My research is being performed through braiding drawing practice and historical research into one final piece. I am producing visual objects through which I investigate the buildings and their relationship to the different worlds of climate knowledge. They are accompanied by a written 'treatise' on architecture and climate in the Renaissance.

Wiltrud is currently an Architectural Design MPhil/PhD student at The Bartlett School of Architecture, where she is combining research with drawing through a historical study into the relationship between architecture, climate and atmosphere. The research situates the question historically by investigating three Late Renaissance villas, through which she draws out the wider realm of architectural climate knowledge of that period.