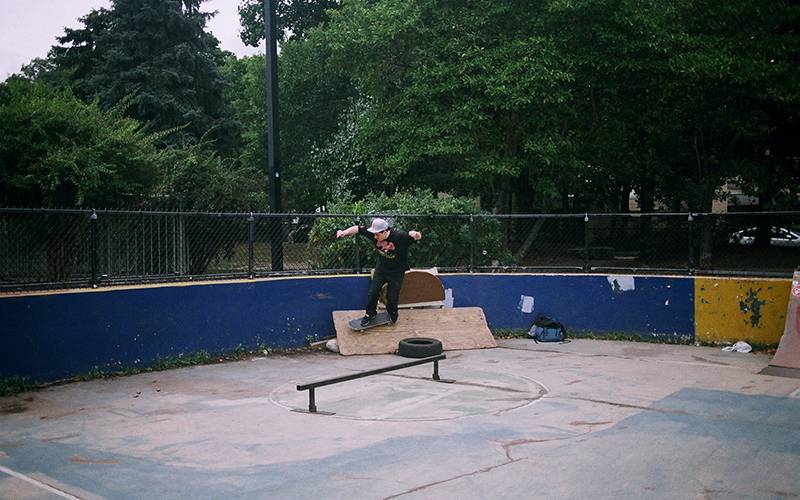 How beautiful it can be: Exploring Collective Memory and Collective Imagination in Skateboarding

Thom's thesis seeks to move beyond the primacy and immediacy of the individual body in understanding how skateboarding transforms the city. He critiques the argument that individuals transform the presence of a mundane city (Borden 2001, O’Connor 2017, Snyder 2017). Instead, Thom suggest skateboarders engage with and build upon an already existing topos of skateboarding (Beachy 2014), a lingering hauntological potentiality (Fisher 2014). This skill is created by, and accessed through, a collective memory and collective imagination of skateboarding (Boym 2001).

Thom suggests the emancipatory qualities of skateboarding – the promotion of self-confidence, and self-reliance; the increase in social capital and reduction in mental health symptoms; a sense of community and shared purpose (e.g. Friedel 2015; Jenson et al 2012) – lie in how we access, learn and negotiate this collectively produced space. But how does one learn to acquire the super-bodily qualities of being a skateboarder?

Following Boym’s (2001) framework where collective memory is a playground of individual recollections, Thom is constructing a number of events (Pushing Boarders) and dialogues (written interviews and co-produced texts) which operate on different scales, through intimate, personal and public contexts. These will create dialogues between skateboarders on how the collective memory and collective imagination of skateboarding are accessed, negotiated, and—importantly—learned. As his theoretical starting point argues that skateboarding occurs beyond one’s own body – through others’ (and phantom) bodies and skateboards – Thom explores methods that seek to draw out and vocalise a collectively produced and held ontology of skateboarding.

Thom is a skateboarder and PhD candidate at The Bartlett School of Architecture. He is a co-founder of Pushing Boarders, a free to attend international academic conference that brings together the least and most heard voices in skateboarding.

Thom is a co-founder of Re-verb, a collective that fosters skater-led and innovative research on skateboarding and seeks to build a network for more skateboarders to be able to write about skateboarding at university. He is also a co-founder of BREAK / / LINE, a project by and for those who oppose the trespass of capital, the indifference towards inequality and the myriad frontiers of oppression present in architectural education and practice today.