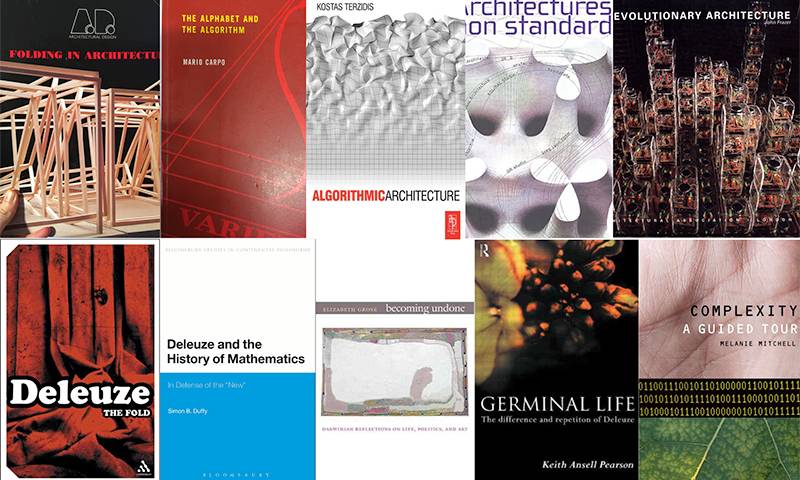 Tal's research contributes to histories and theories of digital architecture over the past two decades, as it questions the narratives of its novelty. The main argument that her research puts forward is that a plethora of methodologies, displacing the centrality of the architect from the architectural design process, has folded into the discipline in the process of its rewriting along digital protocols. These steer architecture onto a post-human path.

However, while the redefinition of the practice unfolds, it does so epistemically only without redefining the new subject of architecture emerging from these processes, which therefore remains anchored to humanist-modern definitions. Tal argues that this unaccounted-for position prevents novelty from emerging. Simultaneously, while drawing on nomadic, critical theory concepts, an alternative genealogy surfaces, already underpinning digital methodologies, which enables a reconceptualisation of novelty framed with difference to be articulated through nomadic digital embodiment.

Tal turns to the narratives as well as the mechanisms of digital discourse emerging in two modes of production – mathematical and biological – in exploration of the ways that perceptions of novelty are articulated: a) through close readings of its narratives as they consolidate into digital architectural theory; b) through an analysis of the two digital methodologies that support these narratives – parametric architecture and biodigital architecture. In parallel, this thesis draws on twentieth-century critical theory and twenty-first-century nomadic feminist theory to rethink two thematic topics: difference and subjectivity.

Specifically, these are Gilles Deleuze’s non-essentialist, non-representational philosophy of difference and Rosi Braidotti’s nomadic feminist reconceptualization of post-human, nonunitary subjectivity. Nomadic feminist theory also informs Tal's methodology of cartographing and transposing – engendering a non-dualist approach to research itself that is dynamic and affirmative, insisting on situating by embodying and redefining novel digital practices with ethical ones.

Tal Bar lives and works in London, where she conducts her PhD research at The Bartlett School of Architecture. Her work explores an expansion of digital architecture practices along embodied and nomadic paths to allow for an ethical reconceptualisation of the field by inserting it with post-human subject positions.

She holds an MA degree in History and Theories of Architecture from The Architectural Association School of Architecture, London. Prior to that, Tal studied Interior Architecture in Paris and worked for commercial architecture offices in London. She received her Bachelor's Degree from the Hebrew University, Jerusalem, where she read International Relations and Art History.