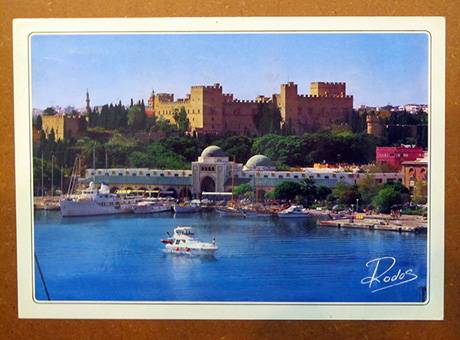 The Spheres of Publicity and the Labyrinth of Practice: The Postmodern Fermentations of Architecture in 1980s Greece

As part of an attempt to write a first history of the postmodern years of architecture in Greece, this dissertation treats the term 'postmodern' not as a pre-defined theoretical concept, but as a historical term. It is therefore used here as an umbrella-term that historically served as the inexorable intellectual background for a heated debate between a multitude of architectural tendencies and practices that developed mainly within the Western European-North American world of the 1980s.

The special case of Greece, often characterised as a semi-peripheral country in its relation with the Euro-American world, provides a peculiar testing ground for investigating both the historical resonance and the alleged global validity of the postmodern concepts and practices, before architectural historians hurriedly stray off outside the immediate vicinity of the Euro-American sphere of influence - since another postmodern may well have been historically developed within the confines of the European territory itself.

Both parts of the dissertation therefore rest on the historiographical premise that the generic term ‘postmodern’ can only be significantly understood as a discursive formation historically developed within a specific local context; it therefore consists of multiple discursive threads entangled in a complex procedure of integration and adoption, as well as rejection and resistance. Those threads have not historically developed within a homogeneous public sphere, but within a heterogeneous multiplicity of spheres of publicity (as every channel of production and dissemination of architectural discourse operated within its own respective circle and audience). Though distinct, since each one of these spheres of publicity creates, but also resonates within, a specific circle or audience of Greek architects, these spheres are only relatively autonomous.

By focussing on architectural education in Athens and Thessaloniki, architectural periodicals (of both the 'mainstream' and the 'alternative' variety) and the relevant exhibitions, public lectures and conferences of the period, the first part of the dissertation does not only strive to specify the distinct spheres and their audiences, but it also addresses their points of overlap and interaction. It is precisely the interaction of such spheres of publicity that has indubitably played a primary role in historically generating the postmodern fermentations of architecture in 1980s Greece.

The second part of the dissertation concerns architectural practice itself. It is an attempt to trace the actual resonance those spheres of publicity to professionally active architects in 1980s Greece. However complex the trajectory of architectural influence may have been, it is also true that it has been historically unique - inasmuch as there is also only a unique way out of a labyrinth, however complex that might actually be.

The labyrinth of postmodern architectural practice in 1980s Greece is therefore traversed by following the threads emerging from the first part of the dissertation - through case studies that span different design scales, institutional contexts and building typologies.

This is not to imply that there is a deterministic one-way causal link between the modes of production of theoretical discourse and actual architectural practice in 1980s Greece. Although certainly imported to Greece at first, the production and reproduction of postmodern architectural discourse nonetheless triggered different kinds of reactions, as it was eventually related with existing trends within the local cultural field of architectural developments.

On the other hand, postmodern architectural discourse might well have historically arrived at the exact moment when it could retrospectively inform architectural practices that were already undergoing their own relatively autonomous process of change.

Stylianos Giamarelos (b. 1982) holds a Diploma in Architecture (MArch) and a MA (Hons) in Architectural Theory (NTU Athens 2007 & 2009), as well as both a BA and a MA (Hons) in History and Philosophy of Science and Technology (National & Kapodistrian University of Athens 2012 & 2013). His past postgraduate studies were followed under scholarships from the Greek State Scholarships Foundation, the Panayotis & Effie Michelis Foundation and the Alexander S. Onassis Public Benefit Foundation.

Along with Anastasia Karandinou and Christina Achtypi, he curated the Greek National Participation at the 11th Venice Biennale of Architecture and edited the bookATHENS by SOUND (Athens: futura 2008).

He was a Postgraduate Teaching Assistant in Architectural History and Theory modules for 2 consecutive academic years (NTU Athens School of Architecture 2007-2009) and a Research Associate in the Greek Ministry of the Environment/NTUA Urban Research Program “Mutating characters and policies in the city centres of Athens and Piraeus” (2010-2012), both coordinated by Prof. Panayotis Tournikiotis. He was also appointed as a technical advisor for the European Architectural Competition "Rethink Athens", organised by the Alexander S. Onassis Public Benefit Foundation (2012-2013).