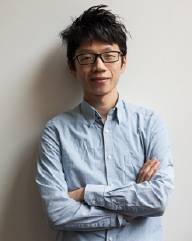 In the UK, house price has risen sharply over the past 15 years disproportionately clustering around dense urban areas such as Central London. This rise can be attributed to a combination of population growth, limited housing supply, policy in limiting population dispersal, foreign investments and a demographic transition where the employment and middle class are flocking back to central urban areas.

Despite this increasing demand for housing in dense urban areas, there are limited research studying the association between the built environment and the housing market. In responding to this disjunction and demand, the main research intention will investigate “the relationship between the built environment, more specifically spatial configuration, and the housing market.” More specifically, this studies asks first the extent different spatial network centrality associate with house price at both the regional and city-scale, second the extent spatial network communities associate with housing submarket and third the extent connectivity between spatial network clusters associate with inter-clusters house price variation and fourth how these methods can be combined to improve prediction.

This thesis would be applied to the empirical case study of the UK more specifically the Greater London Area housing market between 1995 – 2011 using the spatial configuration perspective in quantifying the built environment and the hedonic approach as an overall empirical strategy. By uncovering the spatial configuration logic of the housing market, the research contributes to both fields of the built environment and real estate economics in improving prediction, identify underperforming and overperforming areas.

Stephen Law is an economist and urban designer with international experience. He is currently a Doctoral Candidate in Bartlett School of Architecture Space Syntax Laboratory in University College London studying the association between spatial configuration and the housing market. His research interests include; pedestrian behaviour analysis in complex urban and building environment, spatial network analysis, econometrics, agent simulation and advance visualisation. He completed a BA in Economics at the University of Calgary and an MA in Urban Design at Oxford Brookes University. In consultancy, he joined Space Syntax in September 2007; first as an intern then as consultant, senior consultant and Associate. He has been involved in developing the spatial framework for the Elephant and Castle regeneration area, the London Legacy Olympic Masterplan and the government funded interdisciplinary research project in evaluating the intangible values of the urban layout (iValul).