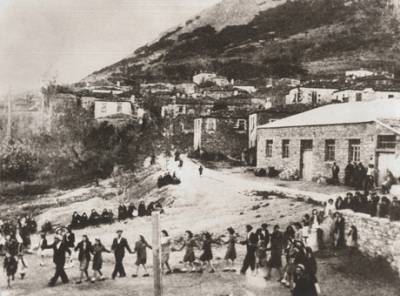 Politics of Space, Identity and Displacement: Rum Villages and Town of Imbros Island

This research aims to explore the intersections of architecture with identity, culture, ethnicity/nation and politics with a focus on the places defined by a particular ethno-cultural community, Rums (Asia Minor Greeks), in Turkey. To do so, spatial production is interrogated both as an architectural practice/force inscribed with socio-cultural and political meanings, and as a repressive force for social order.

Ethno-cultural communities, regarded as ‘minorities’ in the Ottoman Empire and the Republic of Turkey, have been facing different means of displacement during the 20th century. Displacement, which is a complex and multilayered phenomenon, causes the disruption of human lives, livelihoods and places.

This research is aiming to develop a conceptual and empirical account of community space, its politics and displacements using site-specific studies of Imbros Island (Turkey), the population of which was overwhelmingly Rum (Asia Minor Greek) until the eventual displacement of the majority of Imbros’s Rum population in the 1970s.

The period in question starts in 1923 with the formation of Turkish nation-state, which is considered to be a precursor to the compulsory exchange of populations of 1923 between Greece and Turkey. This early period of the republic also resulted in a poignant erasure of original communities, modes of production associated with them, and the reconstruction of Turkey’s overall pattern of urban and rural settlements. However, Rums of two islands, Imbros and Tenedos, and Istanbul were excluded from the 1923 compulsory exchange and survived the ‘first wave’ of displacements.

This research suggests that Imbros Island is an illustrative case for how community and individual identities are built and maintained within the built environment as well as how they are transformed and re-built through the mechanisms of displacements, marginalization, replacements and diaspora.