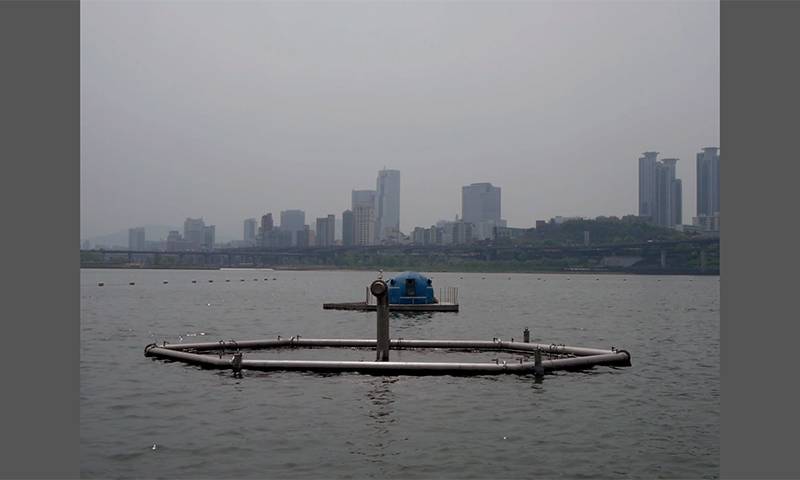 Skill acquisition and filmic gestures: toward a phenomenology of skateboarding in Seoul, South Korea

Drawing upon phenomenology and the theoretical turn towards the senses and embodiment in architecture and anthropology, my study explores the lived experiences of a small group of skateboarders in Seoul, South Korea. I propose film as a medium to think about and think through the skateboarding practice, not only as a skilful and performed bodily phenomenon, but also as a local and intimate form of culture. In my sensory ethnography Reverberations (2017), I explore three skate parks—including their direct surroundings—in Seoul, South Korea by blending rhythms, textures, and colours with spatial skills, bodily gestures, and social practices.

Sander Hölsgens is a filmmaker who currently works on intimacy and the colour blue. He is a tutor at UCL’s Writing Lab and the MA in Film Studies, and is currently undertaking a PhD in architectural design at The Bartlett School of Architecture, UCL. His documentary Whose Kimchi was screened at the British Museum during the London Korean Film Festival 2016. His latest film, Blue Bluer, will be exhibited at the Royal Academy of Arts, the Birkbeck Essay Film Festival, and the Architecture Film Festival London.