Thesis title: Exploring the Effect of Media Architectural Interfaces on the Spatial Configuration of Urban Interactions 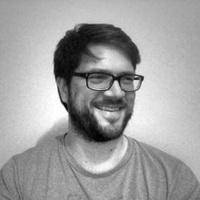 The built environment plays a key role in the construction and support of social behaviours. It is well understood that architectural spatial configuration gives rise to movement and encounter patterns, which directly influence social life (Hillier, 1984). In the mid-1990s, Mitchell (1996) predicted that future computer technologies would affect most of the built environment to the extent that buildings will turn into computer interfaces. The urban environment today – some may refer to it as the Smart City - can be considered as a system that integrates architecture and ubiquitous computing technologies.

Large programmable electronic displays such as urban screens are part of this system. They are increasingly attached to the surface of buildings turning them into interactive media facades. But how does one go about designing for an interaction with such a large public display? Part of the challenge is that there are currently only a few of these kinds of large displays in existence and so there is much to learn from each attempt to deploy an interactive installation.

This PhD research aims to explore how we might approach interactive media facades to firstly design interactions that let the general public take part in content creation and secondly to what extend these facades might influence the socio-spatial configurations of movement flows, occupation and encounters in the closer as well as wider urban surrounding.

We apply research through design methods and develop a series of field studies, in which we deploy a novel tangible user interface (TUI), called the Smart Citizen Sentiment Dashboard (SCSD).

Early findings suggest that MAIs have an impact on the socio-spatial configuration of urban space (Behrens et al., 2014).

Overall this research contributes to the interdisciplinary fields of media architecture and urban computing. In particular we contribute to the emergent area of urban interaction design (urban IxD) through our design explorations that allow to understand the design and deployment of novel interfaces.

Before joining the MSc AAC course Moritz was working for an architectural practice in Berlin. Prior to this, he gained a MSc in Architecture and Urban Planning from the Technical University Berlin.

After graduating the AAC course he worked as a research associate at the Space Group joining the ‘Screens in the Wild’ research project. In collaboration with the Mixed Reality Lab at the University of Nottingham interactive and networked public displays were implemented in communities around London and Nottingham. The aim is to explore the potential of networked urban screens by connecting and engaging communities and thus enhancing social cohesion.

In his PhD at the Bartlett School of Graduate Studies he is currently looking at social interactions and spatial configurations in technology mediated urban spaces. Through deploying situated feedback technology in the built environment and in particular connecting to media facades, he explores the potential of collaborative spaces that enhance participation in communities.

Moritz has also been invited to create artistic projects in his context of his research, such as the interactive installation for the anniversary of the UCL Virtual Environments, Imaging and Visualisation doctoral centre (VEIV) and using the smart citizen sentiment dashboard; a situated feedback device connected to a media facade during the Viva Cidade Festival in Sao Paulo, Brasil and during the Ars Electronica Festival 2014 as part of the 'connecting cities' events.