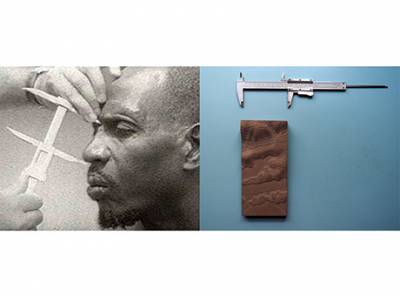 Decolonizing architectural practice: exploring dwelling and distinction within the (development) landscapes of Rwanda

Rwanda’s division amongst its citizens was once distinguishable by ethnicity (i.e Tutsi, Hutu and Twa). This complex ethnic schism is commonly traced throughout periods of civil war, genocide and widely regarded as a matter of history. Yet the legacy of these ethnic divisions appear to manifest today within Rwanda’s physical redevelopment; a project of rapid modernization that is imbricated with nationhood & identity and one assisted by western international aid and development programmes.

Such redevelopment has spurred the large-scale overhaul of Rwanda’s major urban centres, the regrouping of scattered rural settlements and it’s agriculturally fertile landscapes of hills & valleys, forestry, lakes and wetlands.

However beneath this veil of progress, 60% of the people remain in extreme poverty with 80% of the populace dependant upon income generated from agricultural activities. Informal housing in Rwanda utilising local materials of mud, clay and thatch is now forbidden; access to the living space within the landscape is granted on the grounds of privilege, class and often ethnicity. As the boundaries are redrawn ethnic divisions begin to resurface within the slowly withdrawn landscapes of Rwanda.

This research hopes to examine development led transformations of Rwanda’s landscapes that dictate the built form, that also relate to emergent socio-spatial and ethnic rifts. This research will subsequently interrogate recent forms of social architectural practice that prevail in Rwanda to explore reflexive design methodologies that circumnavigate and counter the normative modes of development practices which often foreclose spaces for non-western peoples and their concerns.

This research will be explored by working with an indigenous, landless community in Rwanda who have been forced to ‘reintegrate’ and resettle within government-approved dwellings.

Killian Doherty is an architect from Northern Ireland and runs Architectural Field Office, a small collaborative practice. His research interests lie within the exploration of fragmented sites, settlements and cities at specific thresholds of racial, ethnic or religious conflict. For the past five years he has worked on a number of post-conflict reconstruction projects in Sierra Leone and Rwanda.

His design work has appeared in several publications including Lepik, A. ed. (2014) Afritecture: Building Social Change (Hatje Cantz),and has written a number of publications such as the Architectural Review and VOLUME magazine. His work has been exhibited in Ireland, Sweden, Greece, Canada and the USA. His PhD is funded by  the Frederick Bonnart-Braunthal Scholarship.