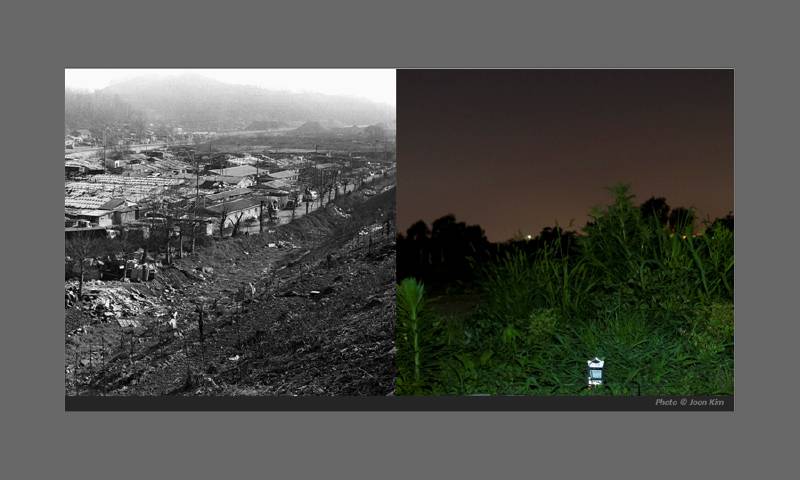 This study inquires into the identity of the Nanjido landfill-park in the urban ecology of Seoul. The urban ecology refers here to the social and environmental dynamics of the site seen in relation to the political and economic situation of South Korea during the late-twentieth and early-twenty first centuries. Through a socio-economic analysis of Nanjido including the site’s transformation processes and people’s activities on site, the research attempts to extend the understanding of ‘ecology’ in the study of urban landscape to one that is not limited to the natural environment but that incorporates a system of relational dynamics between environment and society.

An analysis of Nanjido and its historical transformations will reveal that what transforms the site’s topology and use is the social ecology of each era. This study will examine the ways in which the landfill is the site which manifests in an artificial landscape both Korean concepts of sanitation controlled by government in the modern city of Seoul, for example, how the city has separated waste from non-waste issuing from industrialization processes, during the period of rapid economic development from the 1960s until the 1980s. The waste removal here encompasses literal cleaning and social cleansing through national policies. Then, by analysing the life of Nanjido garbage collectors, I endeavour to claim that the dual aspects of their activities, ‘recycling’ and ‘scavenging’, and the tension between ‘border-making’ and ‘border-blurring’ formed the identity of the residents and the site.

Behind the Nanjido landfill’s transformation into a ‘landfill-park’ (the World Cup Park) lies another form of border-making; the turn to a neo-liberal economy in the 1990s institutionalizes and corporatises waste filtering systems, thereby producing a new social waste, represented by unemployment of the garbage collectors.

In this study, I define the conflicting identity of the landfill-park in this urban-ecological context of Seoul. Taking one step further, I attempt to assert that the sense of place, particularly the one related to sanitation as a norm of modern society, continues to remain indelibly attached to the site.

Jeong Hye Kim is a researcher, editor/translator, and educator in South Korea with a primary focus on architectural design and art in urban settings. Her government-commissioned public research includes the visual-spatial plan for the New Seoul City Hall, the master curatorial plan for the National Design Museum of Korea, and the master curatorial program for Dongdaemun Design Plaza (2012). Selected translations include Hal Foster’s The Art-Architecture Complex and Charles Jencks and Nathan Silver’s Adhocism: The Case of Improvisation. Jeong Hye Kim has been awarded the VIA Fellowship 2015 from the Korea Arts Management Service (2015) and the Korea-England Research Fellowship from the Arts Council Korea and the Arts Council England (2016) for research at the UCL Urban Laboratory.