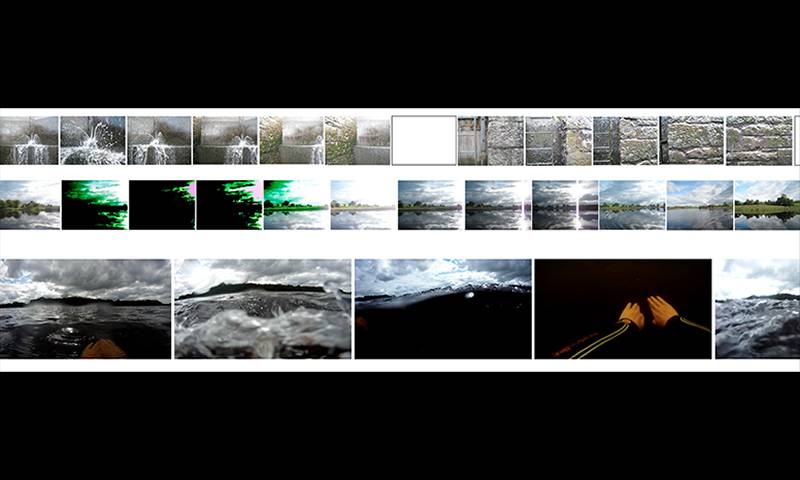 Over the course of 30 years ‘The Troubles’ in Northern Ireland led to the rupturing of physical sites from people’s everyday environment. In a post ‘Good Friday/Belfast Agreement’ era, this thesis considers the construction of common ground and the space of encounter as an instrument in peacemaking. I investigate how both the physical and the imagined landscape work together to form what I call peace-process infrastructure: landscapes that bolster a peace-process by being re-appropriated for civilian purposes and knit back into their surroundings.

Under the practice strand of this study, I use movement as a tactic by choosing a series of traverses that were not possible to undertake as a civilian during the conflict: Divis Mountain next to Belfast City which changed hands from military zone to nature reserve; the now navigable Shannon-Erne Waterway; and the borderline hills between Ireland/European Union and Northern Ireland/United Kingdom where the watchtowers once stood. The garnered film footage works as testimony to a fragile peace-process, which in turn becomes an active archive that generates text. Specific tools that were used at each site to overcome topographical distance — limelight, lock and lens — are deployed once more to make what is considered remote and out of touch, close and tangible.

At its heart, this project builds a multi-tiered rendering of particular landscapes — drawing on Hannah Arendt, Edmund Burke, amongst other political, landscape and feminism theorists — but it is motivated by the larger desire to contribute to a worldwide discussion about peace-process situations from a spatial perspective. People’s reactions to the constructed encounter in the world around them are a direct consequence to the architectural systems that command our surroundings. Landscapes hold the potential to deconstruct toxic territorial organisation leading to creative production. Revolutions are not just a protest but a creative process — a tool for remaking states and societies. In world terms the cultural Irish revolution preceded the political revolution galvanising world and Irish opinion towards independence for Ireland in 1916. About one hundred years later, this work creates a cultural milieu about the peace process that gathers strength for its advancement.

Irene completed her BArch in 2001 at University College Dublin (UCD), graduating with a first class honours. She has practiced both in the private and public sector between Paris, South Africa and Ireland. In this time, she also attained her professional qualification (MRIAI). As a Fulbright Scholar, she completed a masters of architecture and urban design (MSAUD) at Columbia University NY in 2007.

Recently between practicing and teaching, she travelled to Lagos, Nigeria, on a collaborative project between UCD, National College of Art and Design (NCAD) and Irish Aid. Her research is focusing on the intersections between the man-made environment and politics at an urban scale.