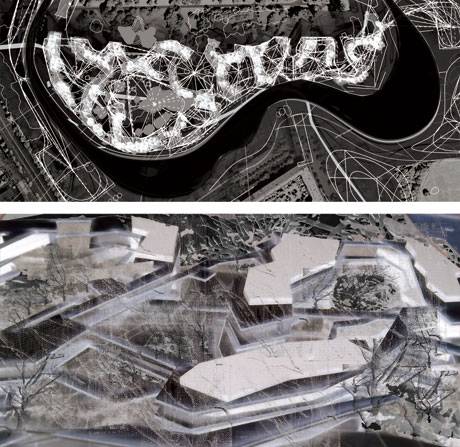 First and second and third supervisors

My research investigates landscape as a conceptual, operative and physical element for interventions in the contemporary urban space, by developing an enquiry into trees and their speculative potential for the city.

The renewed interest in landscape in the second half of the twentieth century developed as a critique to a modernist attitude towards the city where the complexity of internal interwoven spaces ‘seemed to expire on the doorstep’ (Treib, 2006). However, urban projects and concepts such as Scharoun's 'Stadtschaft', the Austrian interpretation of Landscape, and the Spatial Cities line of projects offered alternative urban practices that explored the three-dimensional potential of the landscape.

My research picks up on this alternative mode of considering the city. In this reading landscape is an instrumental concept to increase spatial articulations between built form and open space. In order to expand this spatial reasoning I’m researching trees (canopies and three-dimensional growth) in their literal and metaphorical relationships to city and architecture, and articulating their speculative potential.

Trees are performative elements that establish physical connections with their environment through their active parts. The spatial occupation and behavior of trees in the city allows for an expanded reflection on the dialectic between ‘nature’ and culture opening up new routes to rethink the design of contemporary urban space. My research follows these lines of enquiry exploring a ‘neo-organic’ urban practice, thus triggering critical speculations on new urban ‘species’ and typologies.

International competitions and fictional projects provide the context for exploring and developing the design in site-specific situations. The projects engage in interdisciplinary debates and design methodologies include digital drawing, scripting, three-dimensional scanning and physical models. The designs in development include the Inhabitable Urban Forest in Munich and the three-dimensional Park of Disquiet in Lisbon.

Inês Dantas is an architect and urban researcher. She is co-founder in the architecture practice WUDA* and teaches at Innsbruck University - Institute for Experimental Architecture. Ines studied at Coimbra University (1998-2004) and at Politecnico di Milano (2001-2). She was editor in the architecture zine Nu. Previously Ines worked in Peter Haimerl Studio (Germany) and for the European project Zoomtown.

She was guest tutor in the AA Singapore Visiting School, lecturer at Universitá Camerino and at Rizvi College in Mumbai. Ines’ work has been published internationally and exhibited in London, Lisbon, Essen, Munich and Vienna.