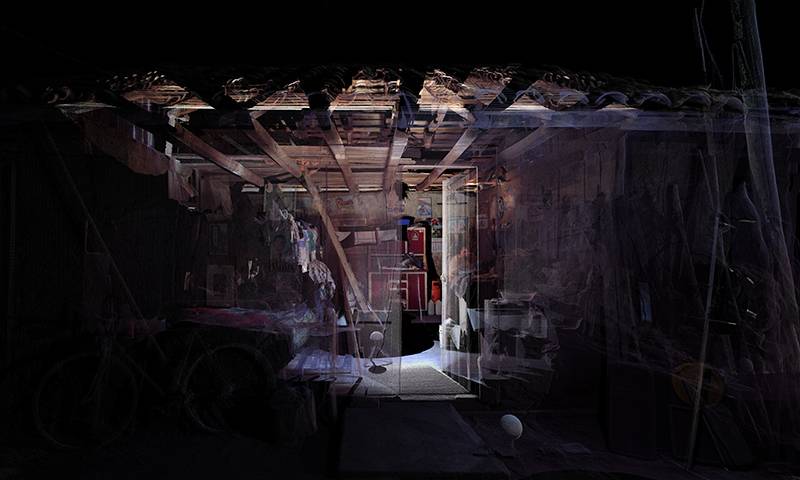 Re-construction and record: exploring alternatives for heritage areas after earthquakes in Chile

Reconstruction is the ultimate type of intervention a building can experience. In the context of heritage, reconstruction is a contested subject when the aim is to maintain its authenticity. Available remains and records are used as a way to settle those debates.

If they occur, they are usually associated to monumental heritage but left aside other constructions that characterise historical areas like dwellings. When disasters happen regularly —such as earthquakes— reconstruction processes also occur periodically and are usually inevitable because there is a necessity to recover the dwelling space for the affected families.

In the same way, —and connected to the idea of the record— dwellings are less documented because of their non-monumental condition. Even if we accept that reconstruction is a necessary step towards recuperation of built heritage after earthquakes, previous records are thought to be fundamental, yet not always present.

To explore this issue, the case of Chile is used as a laboratory since earthquakes occur regularly, damaging built heritage as a regular basis. Even though changes in regulations have led to a safer behaviour of buildings in earthquakes, especially in urban areas, the built heritage has resulted significantly affected, due mainly to the age of the buildings, lack of maintenance, poor regulations and accumulated damage. Moreover, it has been affected not only by the initial destruction produced by the earthquake but also by the applied reconstruction approaches.

The pressure for quick reconstructions has led to a superficial understanding of heritage by offering solutions that ‘look like’ the previous houses but without actual records of them and without considering other important aspects of their heritage such as the building techniques and human occupation. In this context, the idea of the record for re-construction, replacement, and replica provides a rich field of inquiry in the context of rapid technological advances.

The methodology consisted in the survey of three heritage areas in Chile —San Lorenzo de Tarapacá, Zúñiga and Lolol— throughout different periods of time, using 3D laser scanning, photography and interviews and the generation of several visual exercises to analyse their past, current and future situation.

By using the latest 3D scanning technologies, the role that the record may have in the definition of what is considered heritage and in the design of re-construction projects is being explored; understanding those technologies’ capacity of being a virtual database for memory, preservation, demolition, intervention or replica.

From this, a series of paradoxes about the role of the record in changing contexts are identified as a way of questioning current reconstruction approaches, but also as the inspiration for possible alternatives. These alternatives have been designed based on the case studies using its 3D scan record, which serves as a trigger for speculation over the nature of reconstruction in changing contexts and helps to solve the issues identified above.

This thesis intends to contribute to a much-needed debate about re-construction of built heritage after disasters and based in the case of Chile but with further implications for other changing historical environments.

Bernadette Devilat is a practising architect with a Master's in Architecture from the Pontifical Catholic University of Chile (PUC). She is the co-founder of Devilat Lanuza Architects. Bernadette has been studying re-construction after earthquakes in Chilean heritage areas since the 2005 earthquake, and subsequently co-founded the Tarapacá Project and exhibited at Expo Shanghai, Venice Architectural Biennale and Architectural Biennial of Chile in 2010. Her Master’s thesis was also exhibited at the latter and received awards in two national competitions. She was a design studio tutor at PUC and worked in the MINVU Heritage Reconstruction Programme after the 2010 earthquake. Currently, Bernadette is finishing a PhD in Architectural Design at UCL, sponsored by Becas Chile, and the visual work of her PhD has won two prizes and been exhibited several times in London. She also leads BScan, a 3D scanning cluster at the same university. She has been published in journals and books, and presented in different conferences.

Image: Living among ruins. Rendered image from the 3D laser scanning of a dwelling after the 2010 earthquake in Zúñiga, Chile. Author: B. Devilat