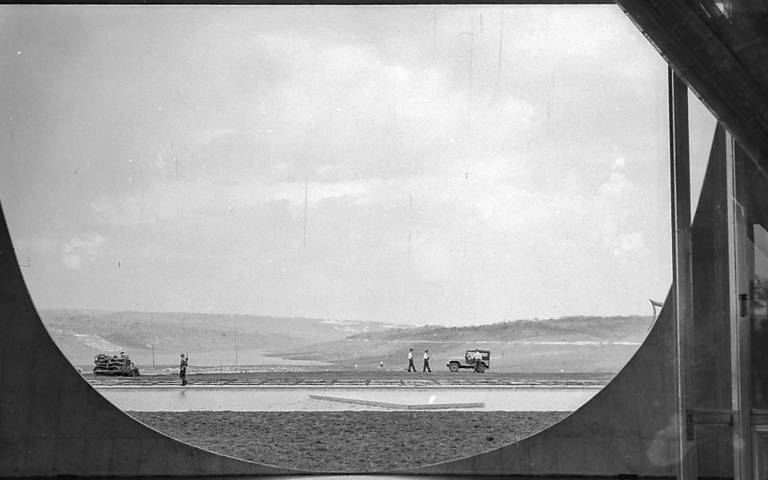 After the Future: Architecture and the Military Regime in Brazil

Since the early 1930s, Brazilian modernist architecture operated in tune with political structures. Starting with the iconic project for the building of the Ministry of Education and Culture (1936), in Rio de Janeiro, to the apex reached with the inauguration of the new federal capital Brasilia in 1960, nearly three decades produced a large number of projects in different scales, guided by ideas of innovation and technology. In parallel to the escalating economic and population growth, the construction of numerous buildings, infrastructures and entire cities helped to consolidate the image of Brazil as the “Land of the Future”.

However, the Cold War era materialized the North American dread of communist insurrections in its own territory, as well as in Latin America. In opposition to the euphoric aura of the previous decades, the 1960s were marked by numerous coups d’état in South American countries with the endorsement of the United States government, and the subsequent installation of a scenario of political instability, violence and fear. The military junta that ruled Brazil from 1964 to 1985 also relied on miraculous numbers of economic growth to promote large-scale construction and territorial expansion. Yet, the role of architecture in this period remains unclear, since there were significant changes in the way it was produced and used as political discourse.

This doctoral research will analyse how the architectural production, culture in education in Brazil responded to the shifts in the political scenario, aiming to retrace the ways in which buildings, images and ideas about the built environment contributed to shaping the vision of the country in convenience with the regime’s intentions or operated as a discrete form of resistance. In examining a missing piece of Brazilian architectural history in this period, the research seeks to provide an interpretation of this context as seen through the lens of architecture, as much as to investigate the relationship between design and politics.