What does performance have to do with architecture?  How can a building perform, and how can we perform a building? 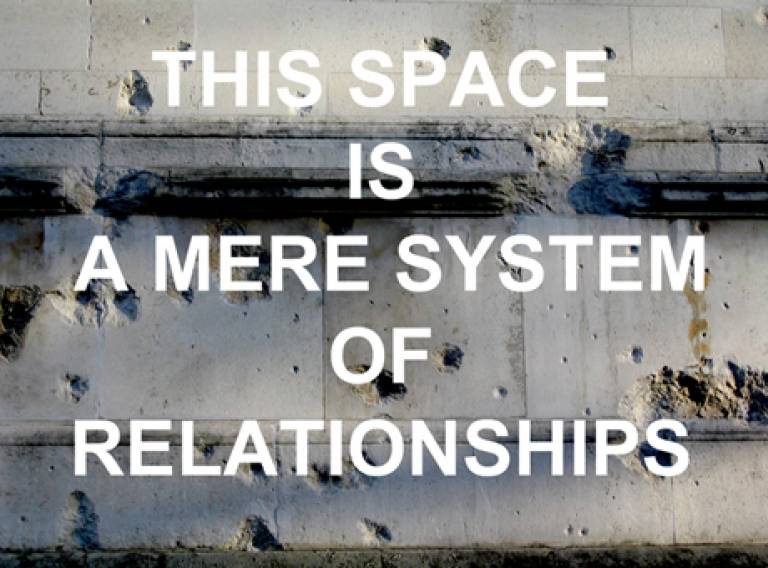 Come on a journey through the Tate gallery in its current phase of spatial and structural transformation, taking a look at architectural and art practices that explore how our physical bodies interact with built form.

With talks, performance, a workshop, and sound and film from Kreider + O’Leary, Alex Schweder and Lamis Bayar, Effie Coe, Emptyset and The Architecture Foundation.

Tate Britain is a richly adorned vessel of knowledge, literally scarred and marked by its own history. From its geological birth as an Eyot at the fork of the river Tyburn, to locus of panoptic surveillance systems of the Millbank Penitentiary, to National Gallery of Art, it continues to undergo further phases of transformation.

For ‘Performing Architecture’ Kreider & O’Leary conduct a guided tour ‘en-promenade’ exploring specific details of the building fabric. With archaeological levels of detail, they use images, video and architectural elements to explore the site as the fulcrum for a number of inter-related systems, whether spatial, historical, social or artistic. These systems reveal a series of interlocking narrative threads that coalesce around the site, entangling its history and forming a foundational mesh for its future potential.