Bartlett Staff and Students at MAB20: The Media Architecture Biennale

The Biennale took place from 24 June until 2 July, with contributions from students and staff from across the school. 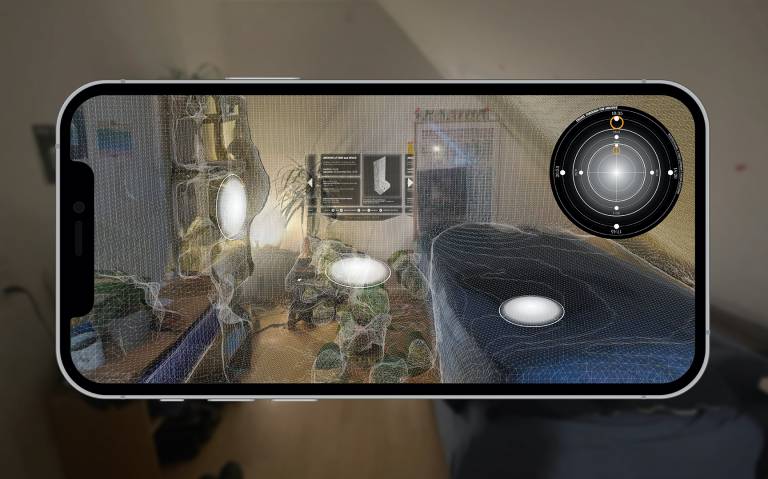 The Media Architecture Biennale (MAB) was launched in 2010, and brings together thinkers, artists and practitioners in the field of media architecture, which integrates media and technologies such as screens, interactive installations, apps, digital sensor networks and online platforms with the built environment.

This year the biennale, with a programme co-chaired by The Bartlett’s Ava Fatah gen. Schieck, welcomed over 600 participants who took part in 15 workshops and 42 conference sessions. Participants included academia, media artists, industry leaders, government representatives and community activists, each with a unique perspective on this emerging field. A series of workshops ran from 24 - 29 June, and an online conference took place in a hybrid format, online and in Amsterdam, from 30 June - 2 July. The conference included 5 keynote speakers, 15 symposia, 4 academic papers sessions, the MAB Students Awards, MAB Awards, Demos and Posters sessions, and Online Exhibitions - featuring the projects nominated for the MAB Student Awards and works selected for the Demos and Posters sessions.

Bartlett tutors Luke Pearson and Sandra Youkhana, who lead the Videogame Urbanism Research Cluster for Urban Design MArch, were invited speakers responding to ‘Designing the unplannable in realtime digitalities’, and delivered a keynote on the integration of videogame technologies into architectural design.

Bartlett PhD students also presented their research: Yuhan Ji presented her research, ‘Situating Media Infrastructure’, at the conference’s Paper Sessions, which will be published in the ACM digital library, and Xiaoduo Xu led a workshop, ‘Playful experience through interactive sonic design in virtual environments’, with a series of talks and an experiential activity which invited participants to explore different sonic environments.

A number of Bartlett students were recognised at the inaugural MAB Student Awards, which received over 100 submissions from all over the world.

Iliana Papadopoulou and Sathish Somasundaram, studying Architectural Computation MSc, received a special mention for their project ‘Here but when: The archive across space and time’. Their research project explored the connection between time and spatial memory, using 3D scanning to build an immersive environment and test the concept of real-time depiction as a dynamic tool to record spatial memory.

Alumnus Thomas Hamel Cooke (Architectural Computation MSc, 2019) also received a special mention for his project ‘Feature detection and targeted advertising’, which examines people’s responses to being targeted by advertisers through face detection in their everyday environments. His installation simulated the process, with face detection technology and machine-learning, creating data points from images of viewers’ faces to select a targeted advertisement to display, before questioning participants about how they felt about their data being used as an advertising tool.

During one of the Demos and Posters sessions, projects from Architectural Computation MSc, were presented: Zikun Quan presented 'An Exploration to Enhance Human-machine Collaboration through Eye Gaze' and Zehao Qin presented 'From analysing gaze to creating communication'.

Image: "Here but when: The archive across space and time' - by Iliana Sathish and Sathish Somasundaram, Architectural Computation MSc/MRes