Sophia Psarra, Professor of Architecture and Spatial Design at The Bartlett, and UCL’s Dr Claudia Sternberg have received a European Voices award to support their research on national parliament buildings. 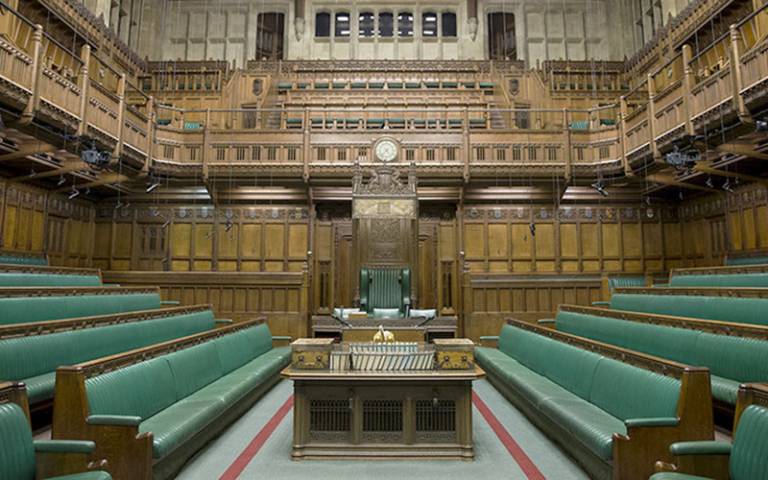 The award, which was given as part of UCL’s Grand Challenges of Cultural Understanding (GCCU), will support Sophia and Claudia in their research project, National Parliament Buildings: The Architecture of Power, Accountability and Democracy in Europe.

“Parliament buildings are the symbols and instruments of political life. They shape political culture and the space where the government is held to account and so their architecture, history and rituals say a lot about norms of governance and behaviour. With the wide adoption of television coverage and social media, these buildings project political culture outward, changing the scale and speed of communication between citizens and the parliament.

The GCCU seeks to ensure cultural interaction and diversity, with the European Voices initiative, supporting research into individual voices and multicultural perspectives included under the term ‘European’. Sophia and Claudia’s research will ask various questions of European parliament buildings, including:

Image: General view of the interior of The Commons Chamber at the Houses of Parliament in central London. Photograph by Justin Tallis.