Rewiring Brutalism at The Barbican

Bartlett Lecturer, Robin Wilson, co-curates a radical and experimental presentation of brutalist architecture at The Barbican 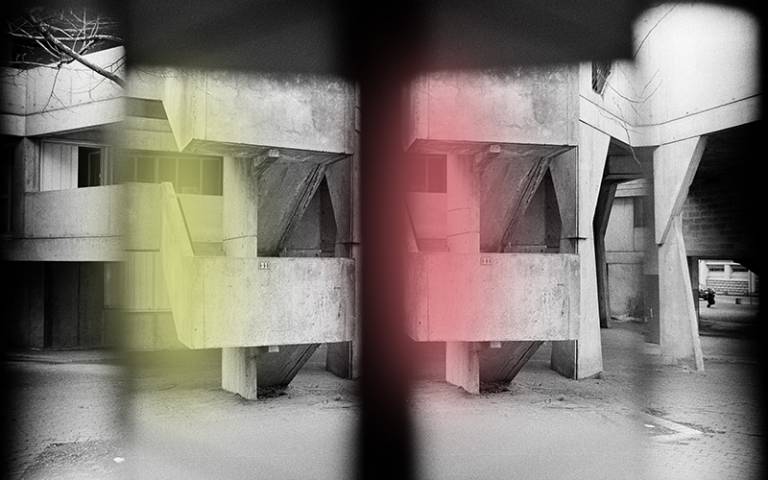 Rewiring Brutalism: Architectural Futures Through Musique Concrète, open to the public from 27 August until 1 September 2019 at The Barbican Hub, brings together the work of the art practice Photolanguage (Nigel Green and The Bartlett's Robin Wilson) and the sound artists and composers of the Langham Research Centre (Felix Carey, Iain Chambers, Philip Tagney and  Robert Worby) in an experimental presentation of architecture at the intersection of photography, text and sonic recordings and composition.

The exhibition revisits the radical, brutalist architecture and avant-garde sound and music composition of Paris during the 1960s and 70s, transferring their work to London to intersect with the sounds and surfaces of the brutalist interior of the Barbican.

The project follows on from Photolanguage’s production of a Brutalist Map of Paris for Blue Crow Media (2016), and includes imagery and recordings from buildings by Le Corbusier, Oscar Niemeyer, Jean Renaudie and Renée Gailhoustet.