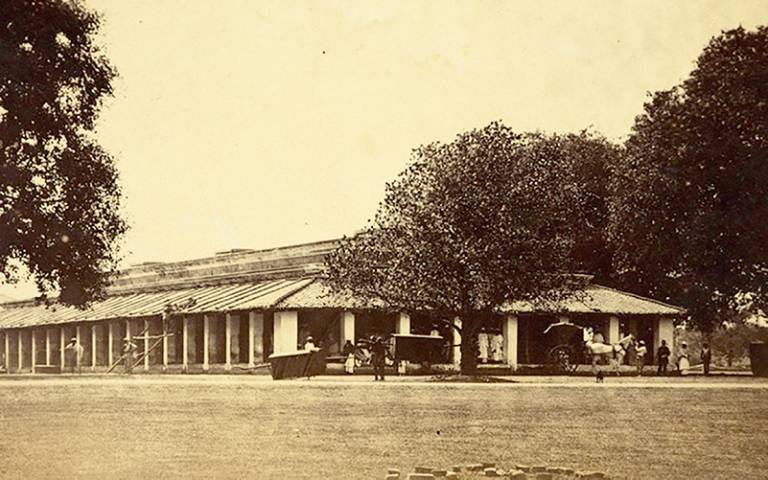 The project focuses on the architecture, spaces and material culture associated with British colonial paper-bureaucracy in Bengal, India. Speaking about her research, Tania comments: "Classic (colonial) architectural history has mostly tended to privilege grand buildings in big cities. In Papered Spaces I reflect instead on the spatial implications of a mundane, everyday material – paper – as an instrument of colonial rule in provincial offices of India in the nineteenth century, and also the ordinary Indian clerk’s use and experiences of these ‘papered' environments." 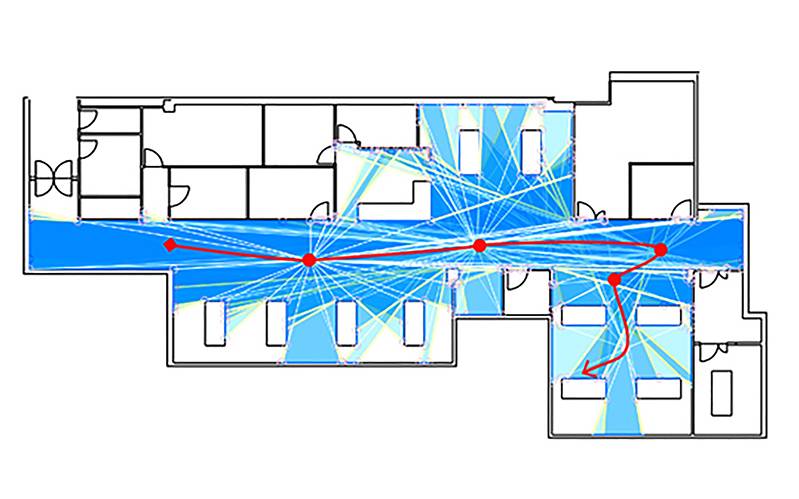 Dr Kerstin Sailer, Reader in Social & Spatial Networks at The Bartlett, and Rosica Pachilova of The Bartlett’s Space Syntax Laboratory, were awarded for their research on Providing Quality Care by Design.

The project proposes a new layout for hospital wards to improve efficiency, by adopting a single measure called Spaces for Communication Index (SCI), which assesses communication opportunities that arise from the layout of a hospital ward. Kerstin and Rosica used a method called Space Syntax to analyse a number of NHS wards, which investigated the size of visual fields of healthcare workers on everyday movement paths through the ward. Their research proves that a high index is associated with the provision of good healthcare. 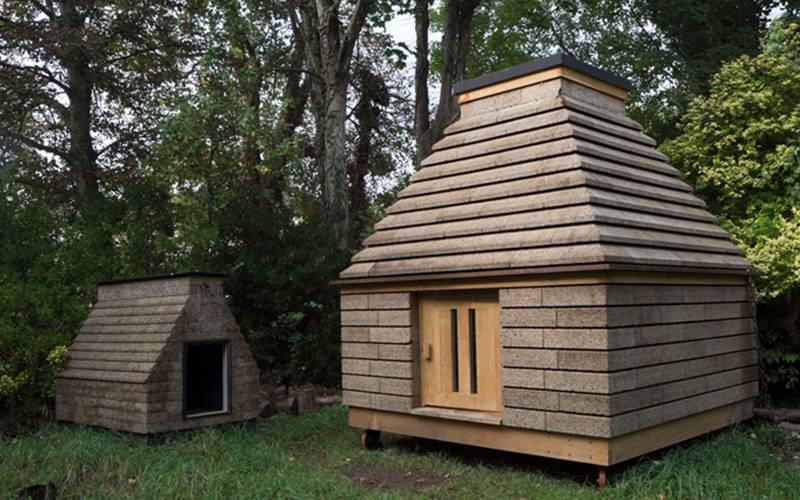 Oliver Wilton, The Bartlett’s Director of Technology, and Bartlett School of Architecture alumnus Matthew Barnett Howland were awarded for their article on the Cork Construction Kit.

The research reveals a radically simple new form of solid, dry-jointed, bio-renewable construction, made of expanded cork block and engineered timber. The material has already been used to construct Cork House, with architect Dido Milne, which recently won the RIBA Stephen Lawrence Prize for the best building under £1m. The house has exceptionally low whole-life carbon and is carbon negative at completion due to the atmospheric carbon stored in its plant-based components.

1. A European Officer and Indian Clerks at a Cutcherry, Nineteenth Century. From a Collection of Drawings by Charles Doyley, (1813). ©British Library Board (V 10573, Plate III)
2. Isovist Paths, by Kerstin Sailer and Rosica Pachilova
3. The Cork Cabin prototype building around 6 months after construction, standing next to the Cork Casket ©Matthew Barnett Howland and Oliver Wilton