The Bartlett School of Architecture partners with the inaugural ArchFilmFest

The Bartlett School of Architecture is delighted to be an academic partner of the inaugural ArchFilmFest, London, which takes place from 6–11 June 2017. 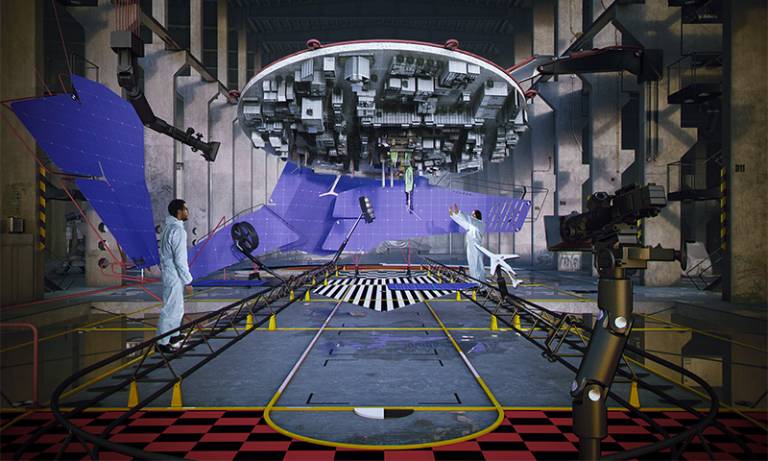 Using film as a way to explore, discuss and design our built environment has long been the focus of staff and students at The Bartlett. We are therefore excited to be collaborating with the inaugural ArchFilmFest, which brings together film and architecture at two London venues: the ICA and the Bargehouse, Oxo Tower Wharf.

The Festival includes an exhibition at Oxo Bargehouse featuring work from The Bartlett’s Interactive Architecture Lab, Unit 24 and the Film+Place+Architecture Doctoral Network, as well as UCL’s Urban Laboratory.

We are also pleased to announce that Bartlett Unit 24 student Jasper Stevens has been shortlisted for the ‘experimental short’ category in the ArchFilmFest Film Competition, with his film Five Lives of the Bradbury Building. More details on the ArchFilmFest website...

The judging panel for this year's competition, organised by Bartlett PhD student Anna Ulrikke Andersen, is made up of Ollie Alsop, Penelope Haralambidou and Daniel Schwartz.

On Thursday 8 June, after the competition results have been announced, LOBBY will take over Oxo Bargehouse with their super-funky party Trailer. This will be followed by the official festival after-party, Altered States, organised by Bartlett PhD student Merijn Royaards.